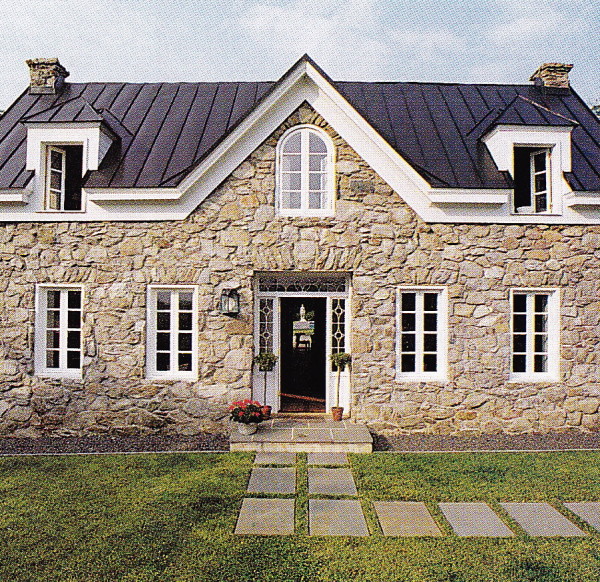 The hunt season is in full swing. In the states Virginia is the center of this long-standing tradition, which begins as early as September – a tradition carried over by our forefathers from Great Britain, where it originated in the 16th-century. You can read about its history and traditions in my post Hunt Country Style.

One of my favorite American country houses, which just happens to be in Virginia, is the retreat of the late interior designer Antony Childs. Built in c. 1880 and constructed of local stone, its symmetry typifies the region’s traditional American Gothic-style vernacular. 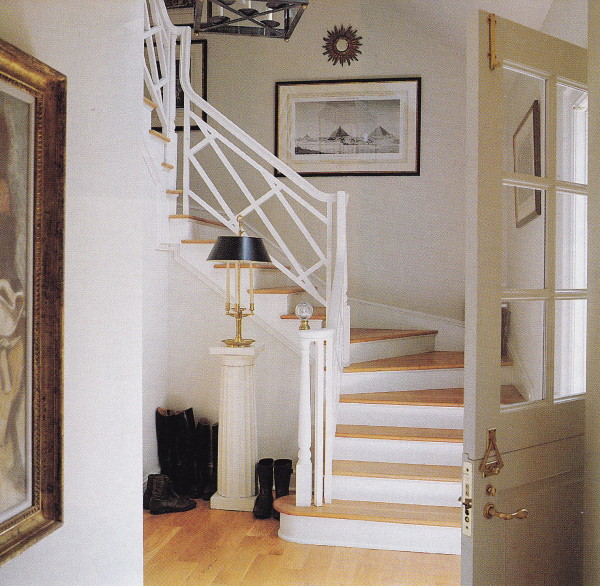 Childs chose a restrained and calm approach to English country house-style as interpreted later in the states. Instead of chintz covered furniture and walls lined with rows and stacks of hunt scenes he opted for a neutral palette and bare walls, left crisp white, to showcase his collection of English antiques he had been amassing over the years. Usually one buys the house first, then sets about furnishing it. In Childs’ case the furniture came before the house.

I love everything about the entry: the Dutch front door; the curving staircase and its stylish railing; a bouillotte lamp set atop a fluted classical column; the collection of pictures depicting far-flung locales hung along the stairwell wall; the bijoux starburst mirror punctuating one of the pictures; and, the riding boots lined up in the crook of the stairs.  The only change I would make is to either strip and gray, or stain darker, the floors.

The living room was flooded with light by five French windows so, naturally, Childs’ allowed the view of the gardens, pool and meadows to be the main decorative element. The warm and tawny palette expertly articulated through use of varying textures, subtle pattern and materials produced a wonderful sense of understated luxury and refinement. William IV armchairs covered in their old leather, in the foreground, mix with 18th-century walnut side chairs, a pair of Rose Tarlow-Melrose House club chairs, and a George Smith ottoman covered in Clarence House fabric. The finishing touch is a stalwart pair of American oak columns flanking either side of an austere neoclassical mantel. Color is subtly introduced with the pinks, greens and ochers of the pillows, Ushak rug, and paintings. To shake up the Anglo-American mix Childs’ threw in one c. 1725 Régence fauteuil and a whimisical trompe l’oeil fireplace panel of a fruit  basket. 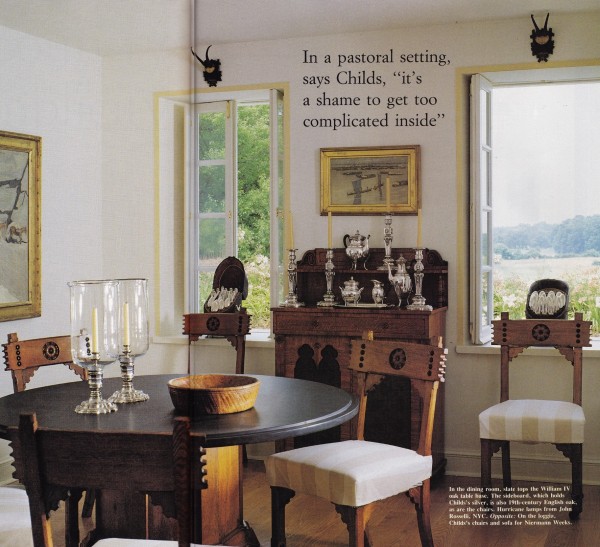 The handsome and austere dining room takes in the pastoral setting viewed beyond the windows. A slate top mounts a William IV oak table base and the 19th-century English oak sideboard holds Childs’ silver collection. Two diminutive antlers mounted on plaques above the windows gently nod to hunt country style. 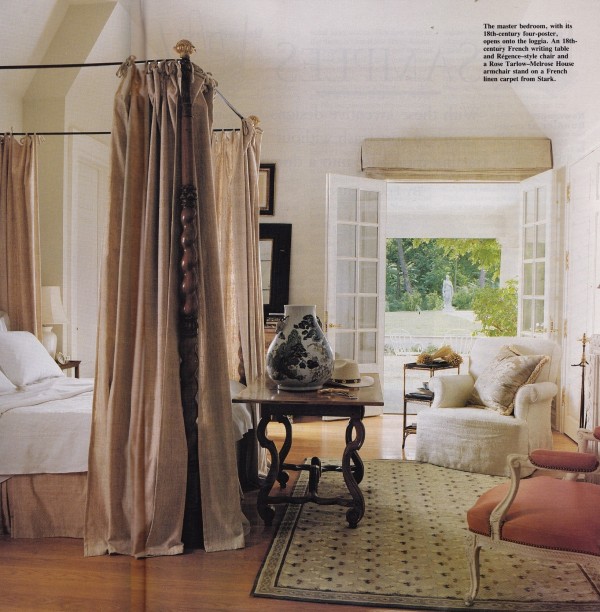 Childs’ richly appointed bedroom may be one of my all-time favorites. It looks as attractive today as it did when I first laid my eyes upon it in 1993. In fact, it’s not unlike a vignette you might find today at Rose Tarlow-Melrose House. It’s simply classic, and what I love about it is that it doesn’t try too hard. Childs dressed the Italian 18th-century four-poster bed with simple linen bed hangings to create tempting retreat, and placed an 18th-century French writing desk at its foot – each introducing shapely curves to an otherwise sober atmosphere. The Régence-style chair adds a note of subtle color and the Rose Tarlow-Melrose House upholstered armchair provides a comfortable perch. The French linen carpet is from Stark.

Childs selected Sanderson’s Willow Bough Minor wallpaper for his bathroom to compliment the verdant landscape outside the window. The chair is constructed of gnarled chestnut.

A breezy casualness and gracious comfort informs a guest room on the second floor, which is outfitted with a pair of Napoleon III slipper chairs, covered in Cowtan & Tout chintz, and a leather covered English chaise.