You’ve been blindfolded, escorted by private car to a waiting private plane, where you’ll board with your host for an unknown destination – a surprise gift from your highly imaginative and devilish confidant. In flight you’re allowed to remove the blindfold, take in the appointments of the luxurious cabin, sip champagne and press your host for details – or mere hints – as to where your journey will end, to no avail. Upon approach the blindfold is refitted over your eyes; following deplaning you are escorted to another waiting private car, which whisks you away to your final destination. When you have arrived the blindfold is removed once again, and before your eyes appears a stark white villa of Moorish design. “Where are we?”, you ask. “Tangier?”

Your host is Frédéric Méchiche, the French interior designer with a penchant for coolly classical and collected interiors, and he has delivered you to his Orientalist fantasy – not in Morocco, but in Provence, France. Welcome to Aziyadé!

Villa Aziyadé was conceived by a Swiss architect in 1894 as a small pleasure pavilion in the form of a marabout- a koubba – known for their distinctive domed roof designs in the manner of a shrine. Intended as a country retreat, not a sprawling villa, the architect designed a labyrinthine layout of distinctive rooms and soaring ceiling heights, a palace in miniature reminiscent of those from Pierre Loti’s The Thousand and One Nights. The very nature of its Orientalist design and meandering spaces – pavilions linked by corridors and terraces – elicits dreams of wandering. The linking of indoor and outdoor spaces is further unified by floors paved with diamond-pattern black-and-white tiles,  a graphic statement repeated in much of Méchiche’s œuvre.

Méchiche had been retreating to his minimalist abode in St. Tropez  for several years prior to acquiring Aziyadé, which I covered in Spare Simplicity in St. Tropez . Though he loved the easy, relaxed pace of his Mediterranean retreat he longed for a deeper connection with nature. When Aziyade came on the market it was love at first sight. His first task was to remove years of unsightly additions and return the villa to its former glory. It reminded him of the house his father built for his family in Algiers when he was a child, where Orientalist interpretations tend to the side of simplification and purity. With that vision Méchiche decided to combine Oriental pieces with Napoleon III furniture in the decoration of his villa, scouring the antiques shops and markets of Algiers, Samarkand, Cairo, Damascus, Beirut, Jerusalem, and Istanbul, as well as London, Paris and the Côte d’Azur. Set against an envelope of crisp white, Méchiche’s interiors are bright, uplifting and serenely exotic.

Much of the allure of Aziyadé is owed to its lush gardens and grounds as to its interiors. Méchiche envisioned a North African garden, lushly planted and dotted with fountains, garden ornaments, small pavilions and shady retreats. Mediterranean species, such as medlar, pomegranate, cypress and jasmine mix with palm trees and roses – the whole an unexpected yet delightful oasis in the middle of Provence. The idyllic and exotic nature of Aziyadé makes it the perfect retreat for dreaming, relaxation, and rejuvenation. 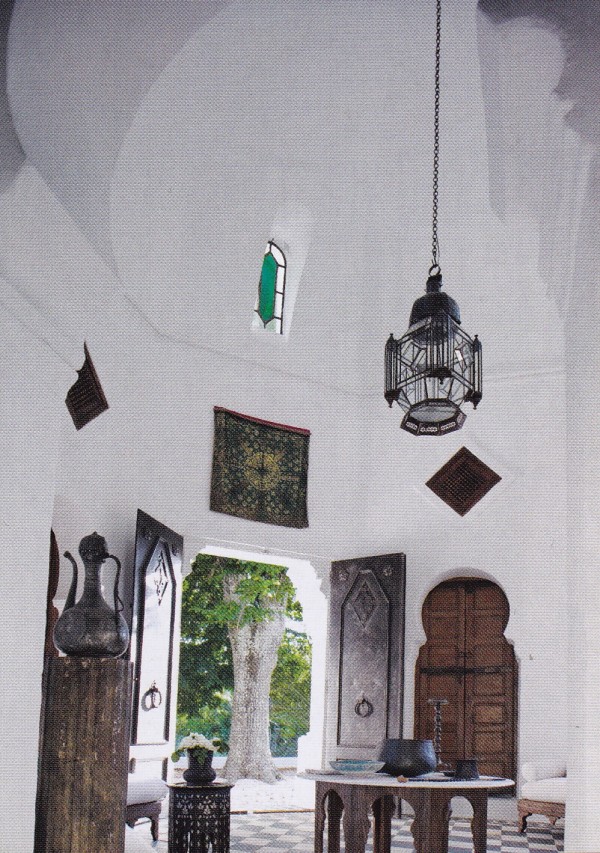 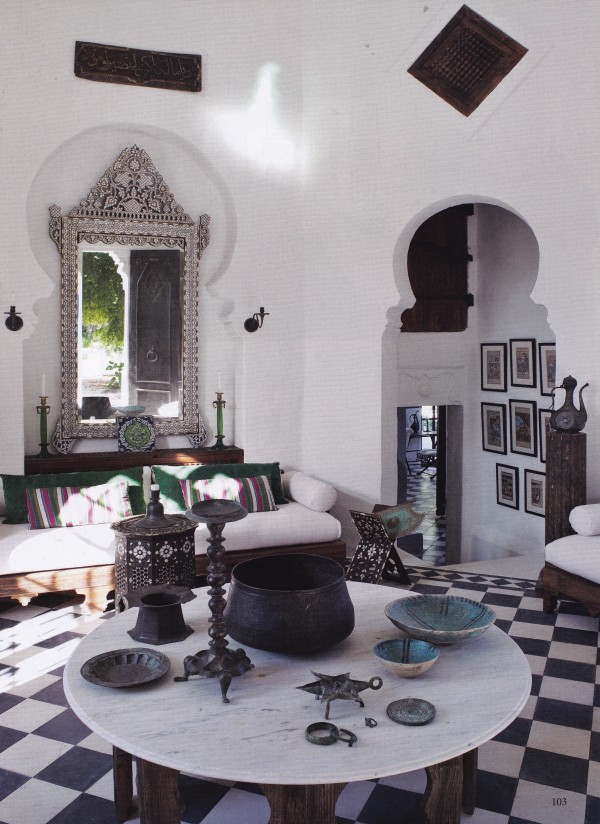 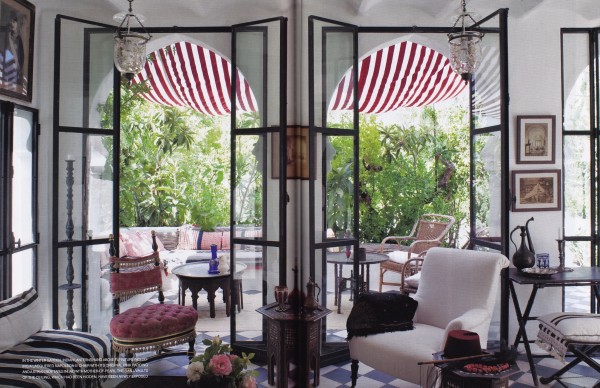 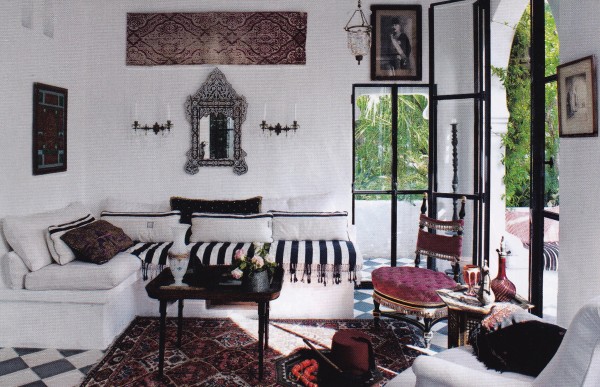 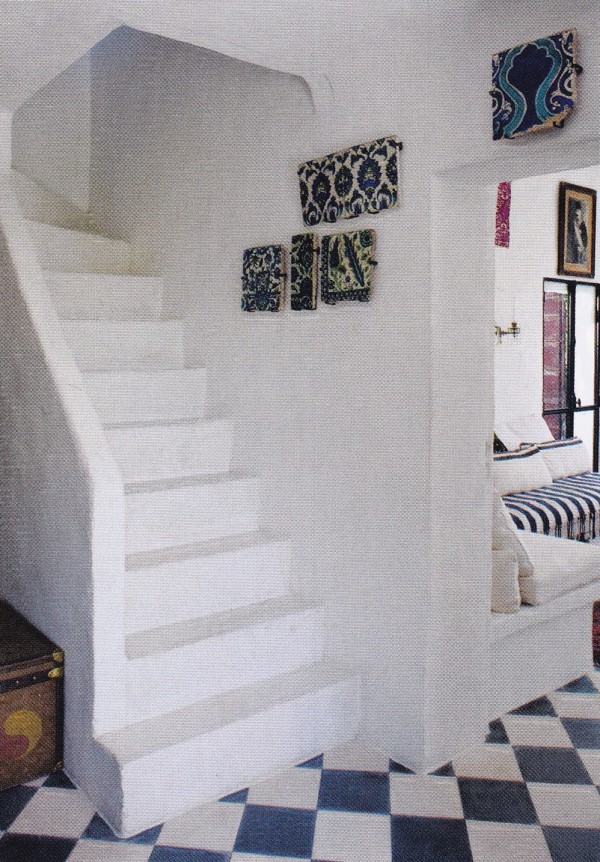 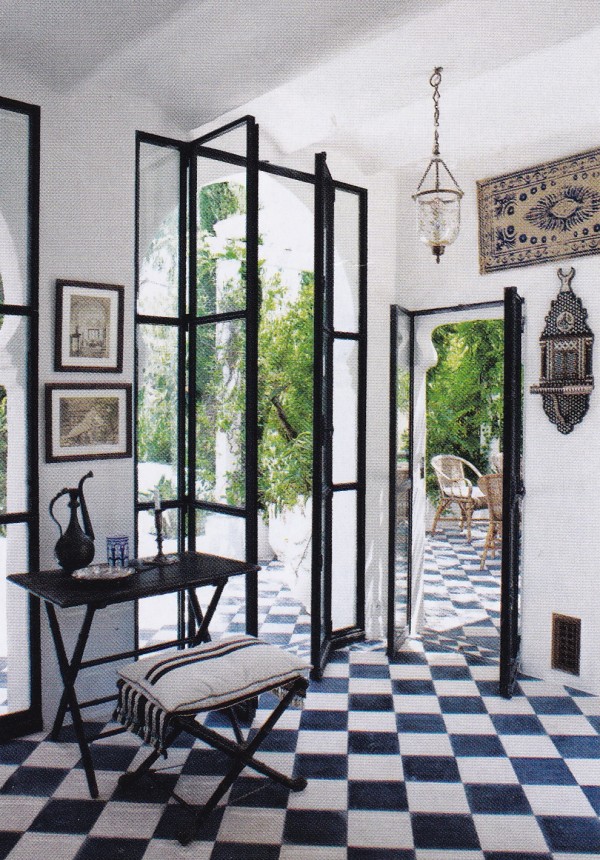 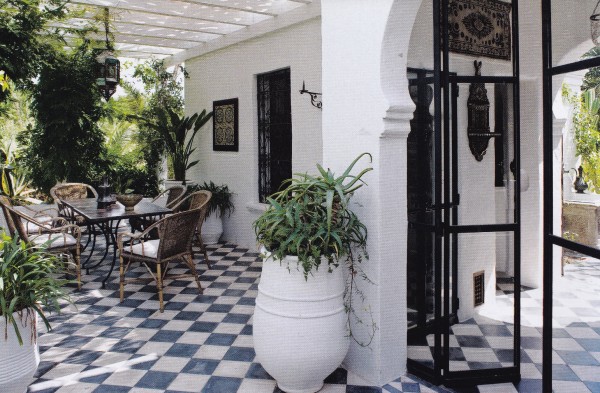 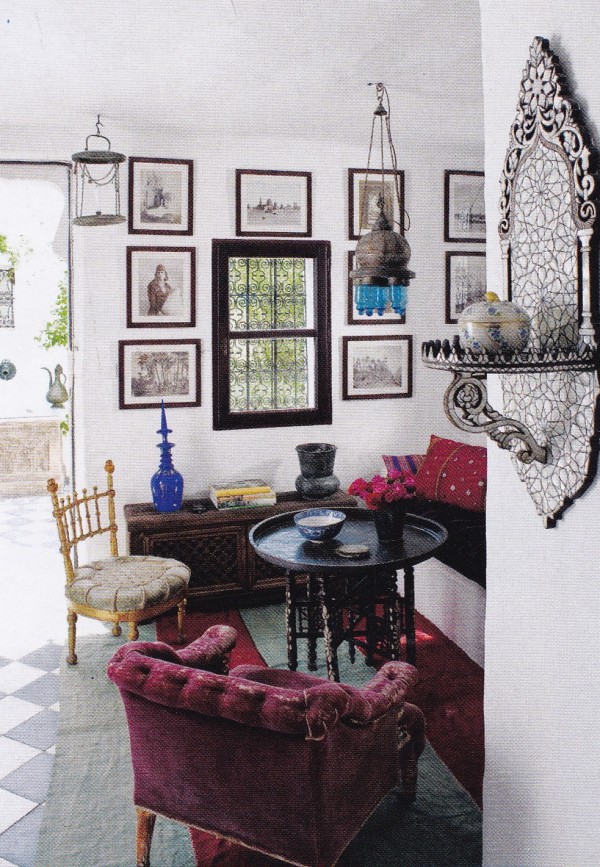 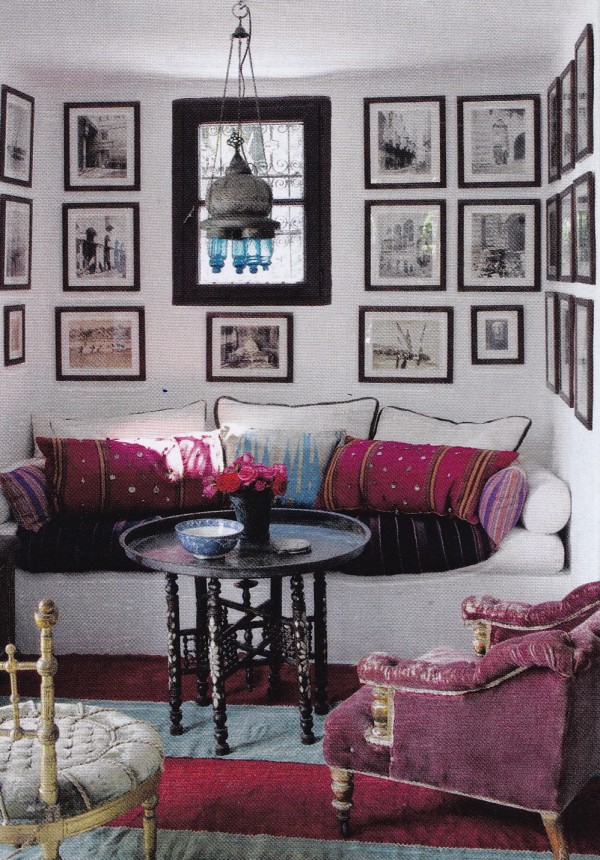 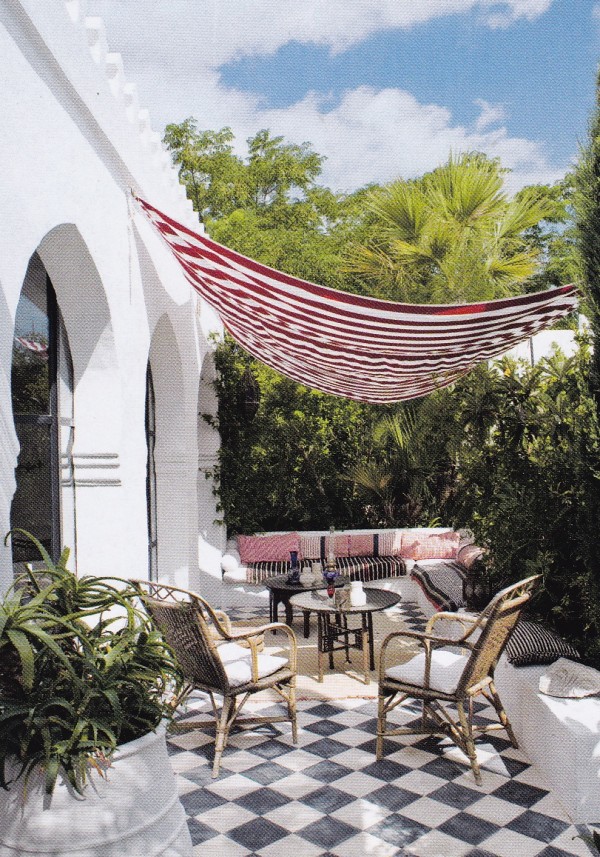 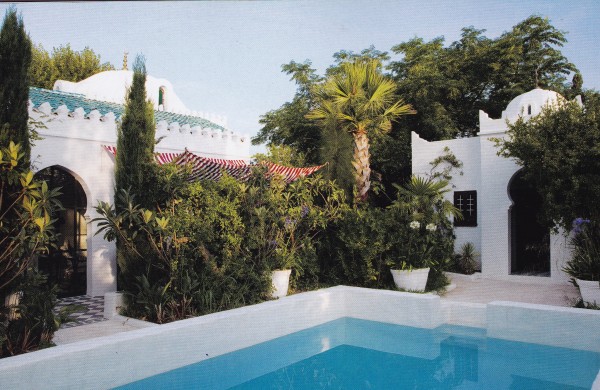 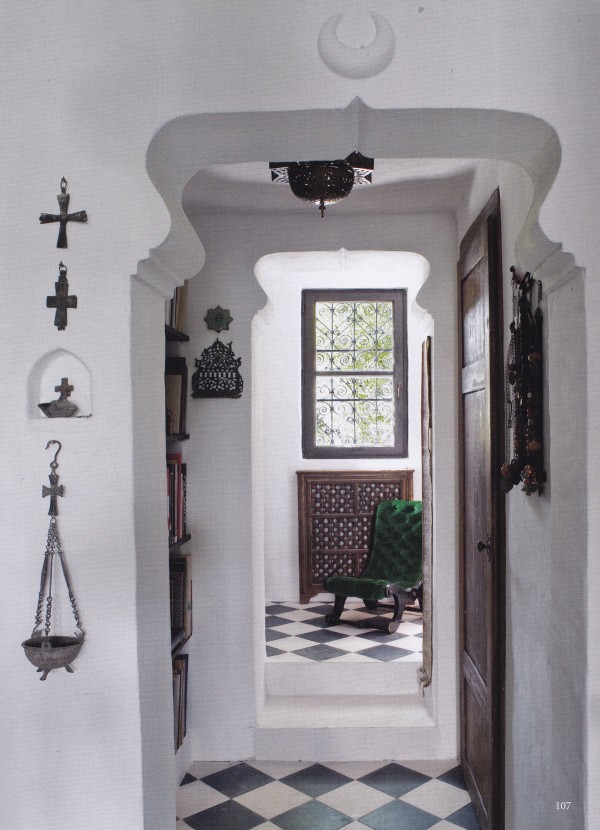 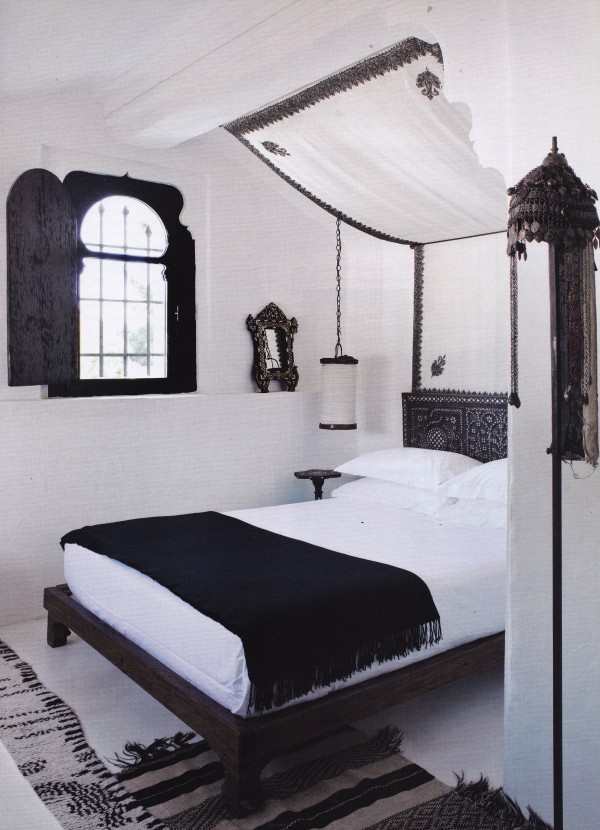 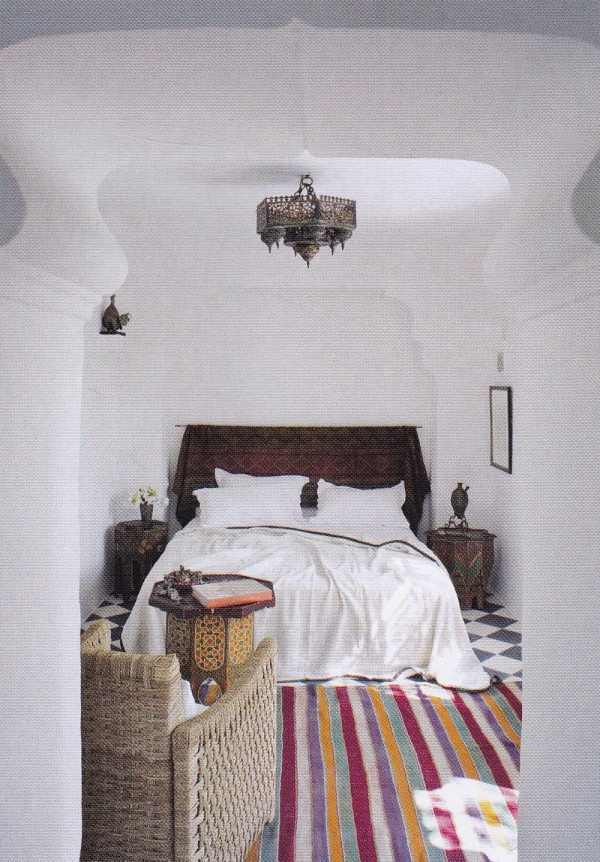 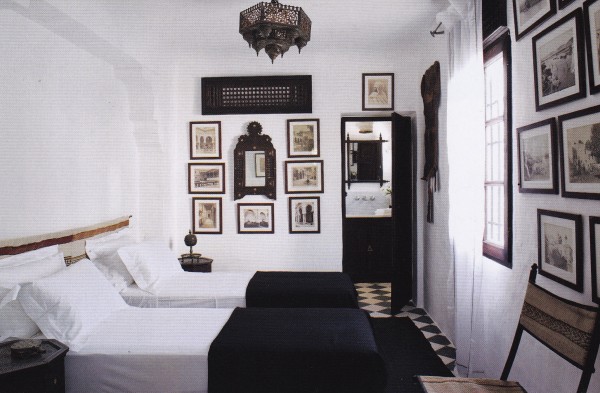 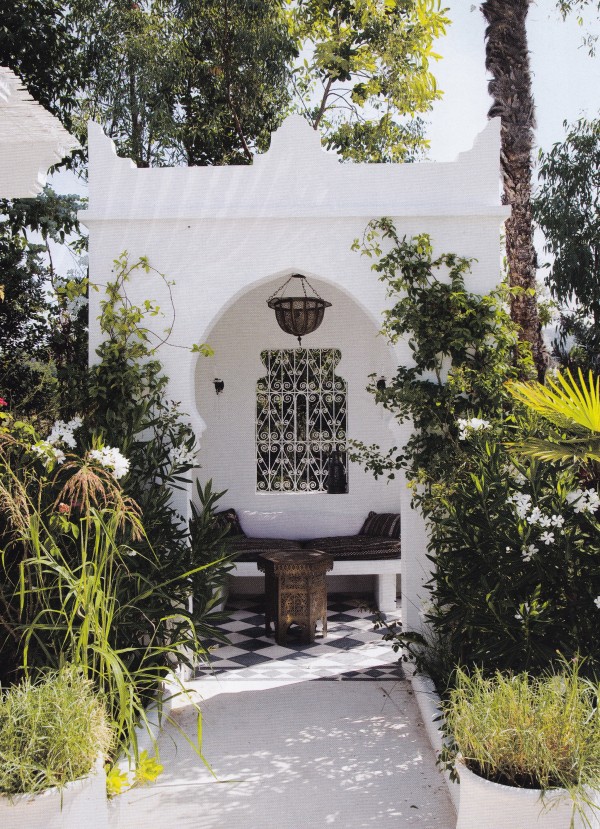 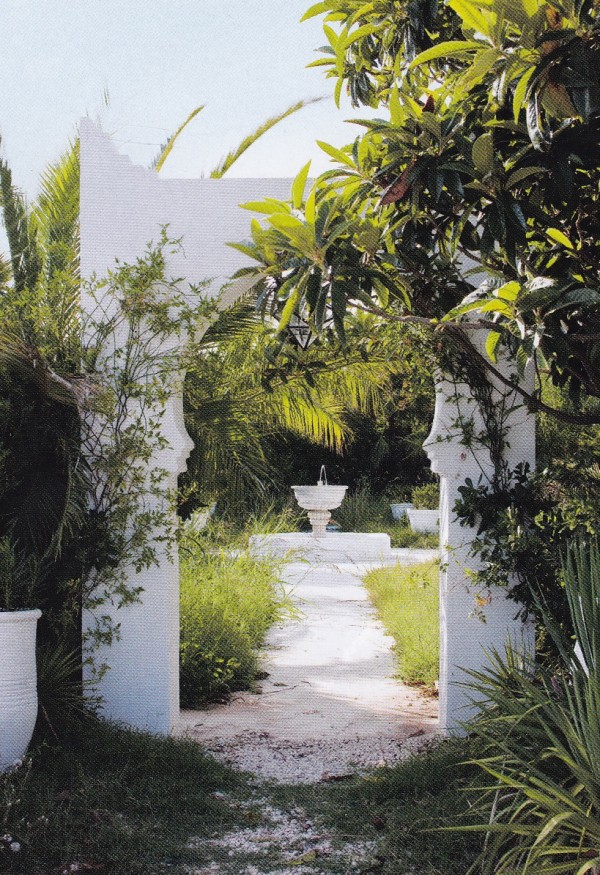 This post was based on an article written by Robert Colonna D’Istria for The World of Interiors, September 2010. Photos by Jean-François Jaussaud.