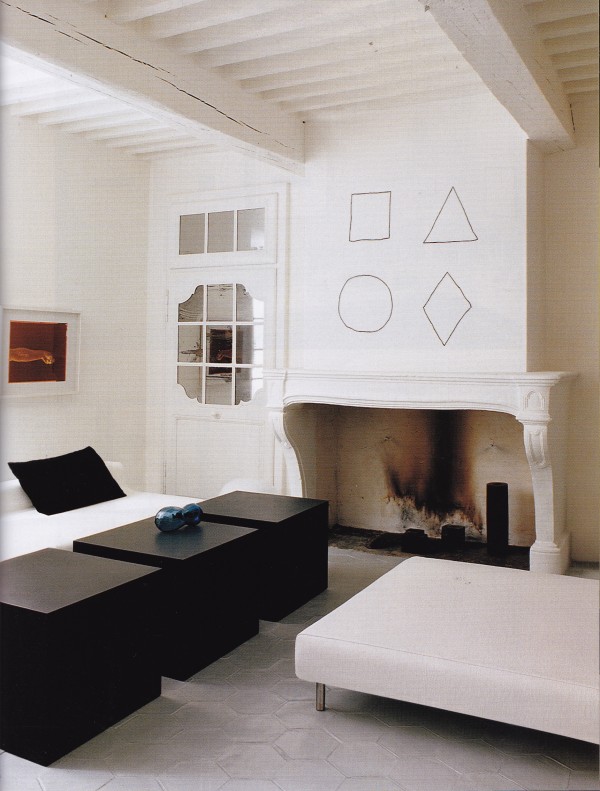 Several years ago Frédéric Méchiche decided upon a 17th-century house in the Ponche district of St. Tropez as a retreat before its being published by The World of Interiors in 2005. His vision was not to reproduce, what he refers to as, the “Provençaleries” rife throughout the region – those quaint and cozy country French confections. Instead, his vision was to create an art space for living with an open plan bathed in light, while respecting and honoring the essential classic design elements shared by structures throughout the village. In doing so he knocked down walls and eliminated false alcoves, useless partitions, cupboards and false ceilings. The lounge and dining areas are now open to one another, offering a seamless flow for living and entertaining. To show off his eclectic collection of modern art he white-washed the walls, doors and Regency fireplace and covered the terra cotta floors with grey resin, playing up their geometry in a fresh, modern way. Méchiche designed the black linen cubic modular furniture in the lounge and living areas, evocative of works by Donald Judd, for graphic contrast and multipurpose use as seating or tables. Then he hung predominantly black-and-white works of art to further punctuate this graphic vibration. His modus operandi remained one of simplicity and elegance, never showy, in keeping with the unpretentious decorative traditions of the 18th-century. For the kitchen and bathrooms he introduced a shock of fluorescent yellow for a lighthearted contrast – juxtaposed by a large Swarovski crystal ball chandelier in the kitchen and a Plexiglass shower screen in the same color for a note of fun in a bathroom. The overall effect is one of simplicity, spareness, light and playfulness; a place free of extraneous design, a sunny and relaxed Mediterranean retreat where one can rest and rejuvenate. 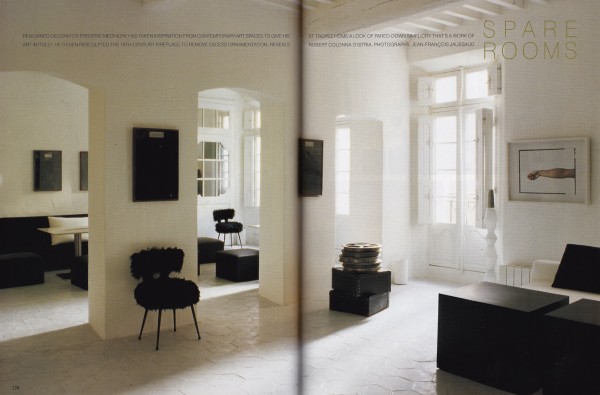 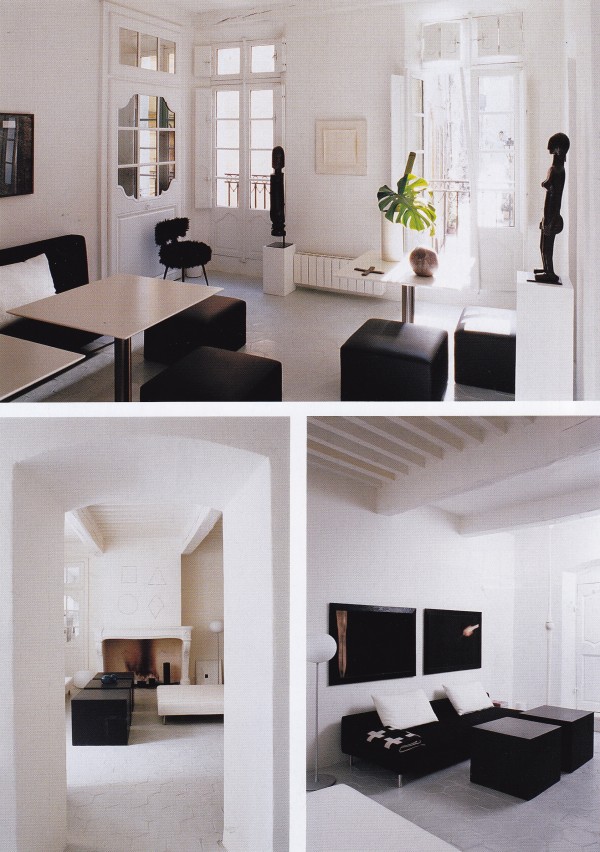 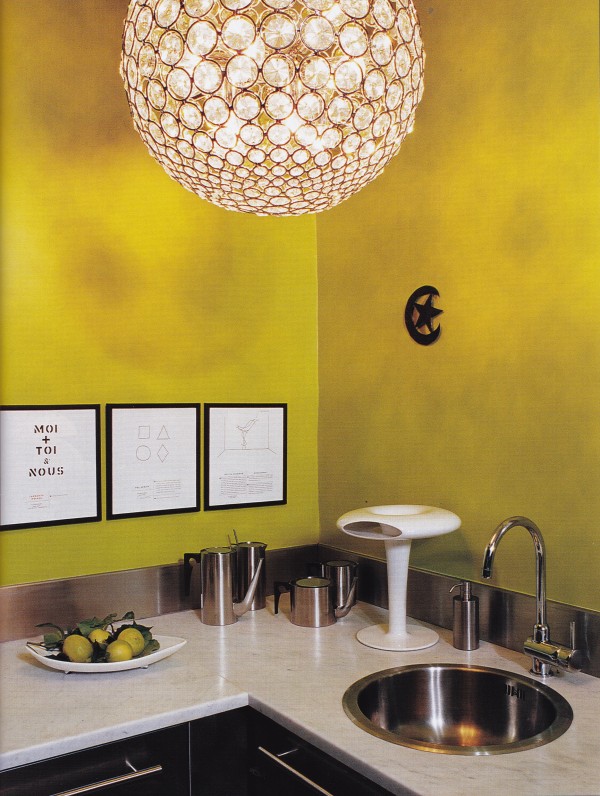 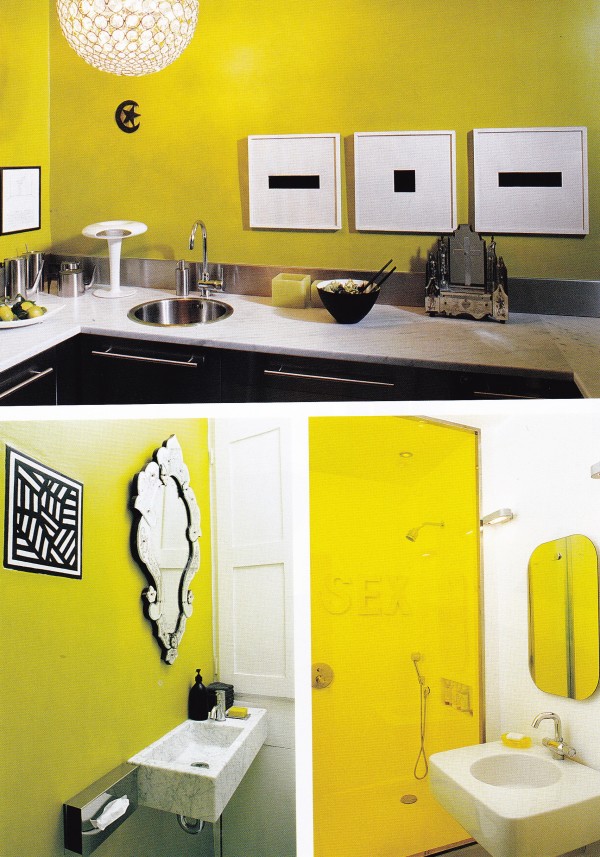 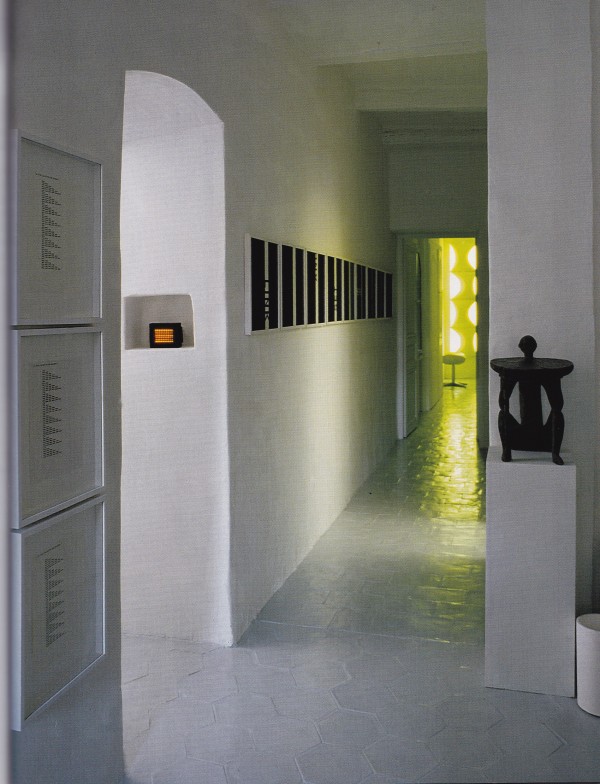 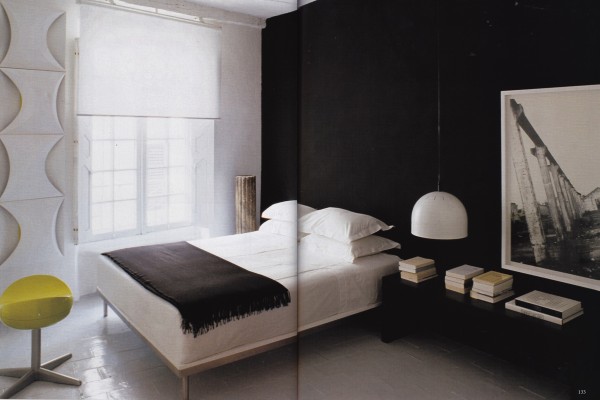 Photos taken by Jean François Jaussaud for The World of Interiors, June 2005.