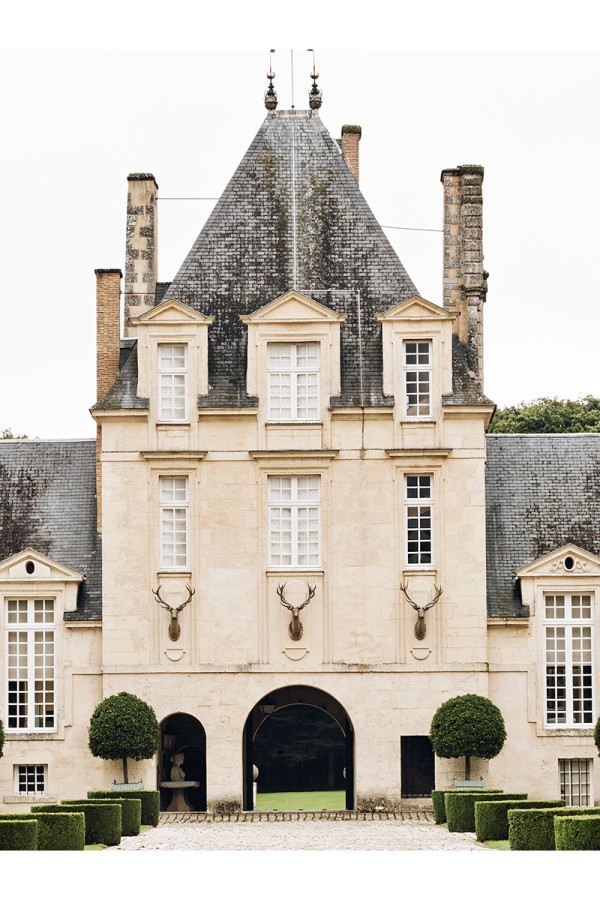 Like many of you my mind has been drifting to Springtime, the season when everything begins to appear dew fresh and full of promise. The greens are greener, the days longer, and the light stronger. While falling down the rabbits hole that is Pinterest I discovered photos I had never seen before of Hubert de Givenchy’s country house in the Loire Valley, Le Jonchet, which he purchased in the 1970’s (you can see more of it on my post Le Jonchet le Doré). Resplendently poised amidst lush green gardens it seems Château le Jonchet embodies the old adage “Hope springs eternal”.

Following a retrospective of de Givenchy’s genius in the world of haute couture by Vanity Fair in October of 2014 at the Thyssen Bornemisza Museum in Madrid, Spain, the eighty-nine-year-old couturier and his longtime companion since the 1960’s, Philippe Venet, invited them back to his 16th-century manor for le déjeuner. It was then that Vanity Fair Espana interviewed the couturier and photographed some of the rooms that many of us have fallen under the spell of since they first appeared in magazines and books.

The classical facade of le Jonchet, which Givenchy bought in the early nineteen-seventies, displays mounted deer “trophies”, a symbol of Saint Hubert, patron of hunters. The property features labyrinthine boxwood hedges and topiary inspired by the monastery of San Giorgio in Venice, a rose garden designed by the late Bunny Mellon, a greenhouse, an artificial lake, a private chapel, a moat filled with water from the Loire, an indoor pool, and a dog cemetery. Over the past four decades the restoration and decoration of le Jonchet has been one of Givenchy’s greatest passions. Once again we are allowed a rarefied peek into the private world of Givenchy, Le Grand – a title anointed him by the world of high fashion. 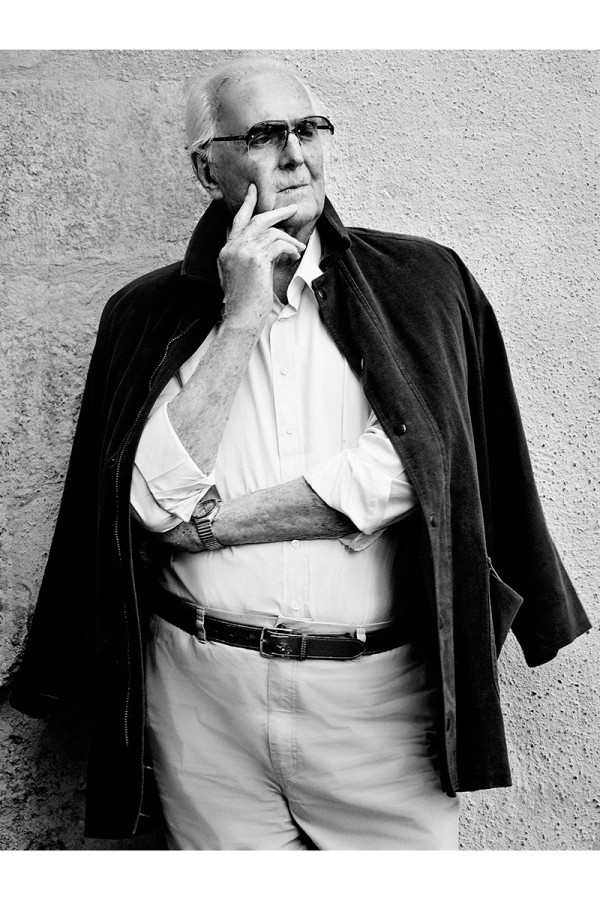 A portrait of “Givenchy, Le Grand”, as he is referred to by the world of high fashion.

The study of Philippe Venet, Givenchy’s companion, is filled with art and fashion books, sketches, art and mementos. The collage hanging above the sofa was created by Venet. 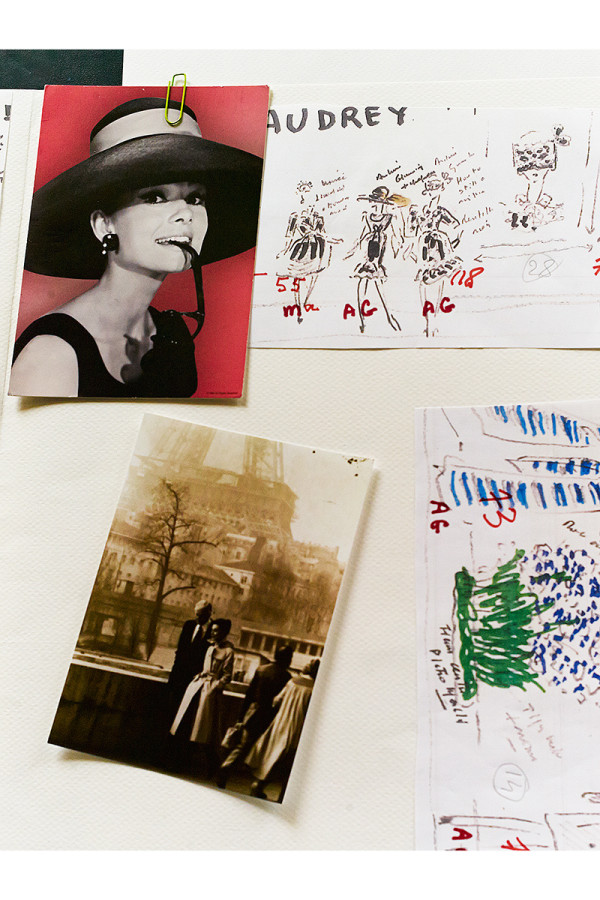 Naturally, the presence of Audrey Hepburn was formidable at the Thyssen exhibition considering the success of Sabrina that skyrocketed Givenchy to global stardom. These sketches and reproductions of photographs of Audrey Hepburn, who Givenchy met in 1952, were on display in his workroom at le Jonchet. The designer reflected that on some mornings the phone rang in his atelier and it would be Audrey: “I just called to say I love you.”

Tables are piled with decades of photographs, letters, mementos, sketches and personal caprices in Givenchy’s studio. A bas-relief  of a dove by Giacometti surmounts the fireplace. 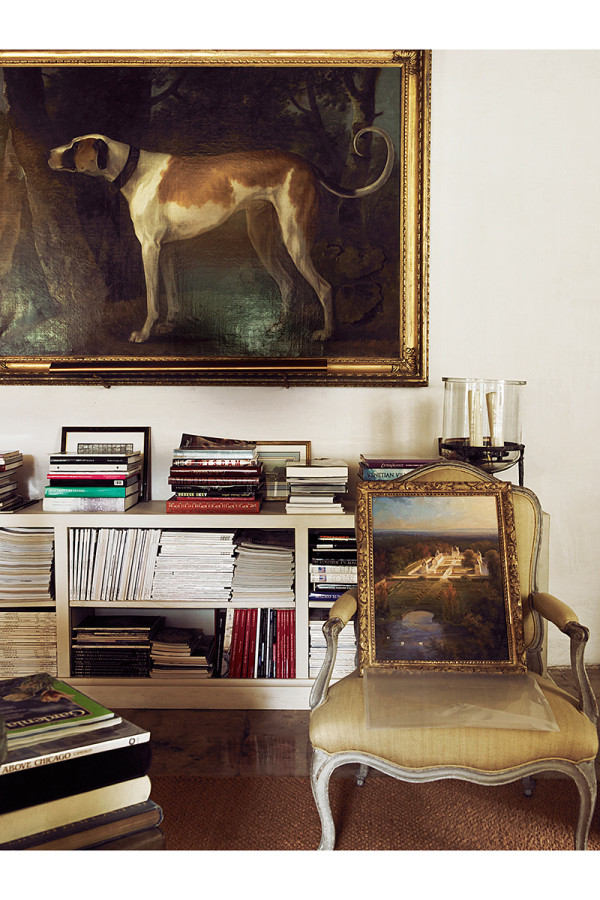 A painting of Château le Jonchet sets on a Louis XV chair in one of the manor’s rooms.

Detail of the 18th-century chinoiserie panels covering the walls of the dining room. 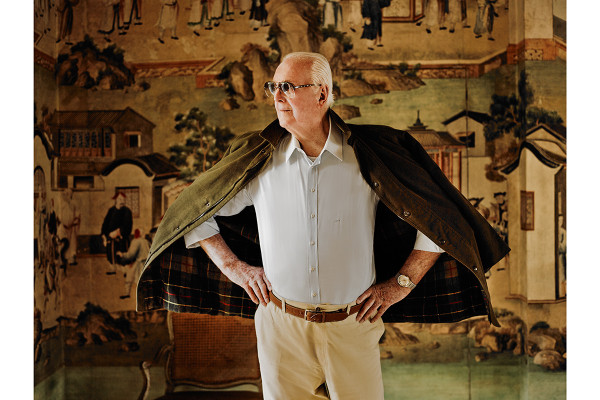 The main terrace.
From the Spanish edition of Vanity Fair; photography by Pablo Zamora.