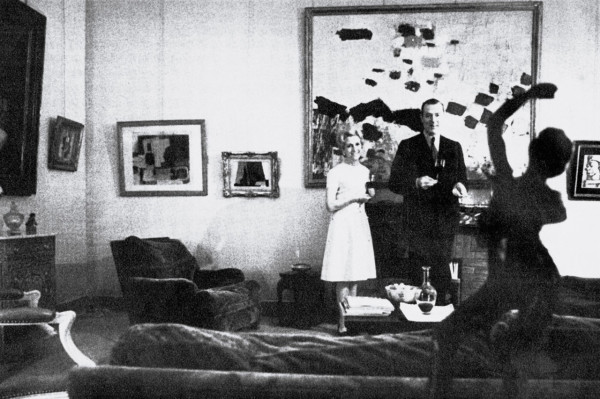 It seems that, in the world in which we live and orbit today, nearly every aesthetic image has been posted, pinned and uploaded into the ether. As a part-time blogger I often grow tired of rediscovering the same repeated information and imagery that can be found from the original source – accurately credited, I might add. The excitement, of course, lies in new discoveries and, also, in one’s ability to harvest the wealth of imagery available into something fresh, meaningful and lasting. As I have often shared, I see myself as an archivist so, really, I am no different! While I enjoy sharing what I believe to be the best in the current world of interior design, I particularly enjoy sharing rare finds and vintage publications of timeless interior design with those of you who may have never seen them before, or who long ago disposed of the books or magazines in which they were featured.

That said, I am sharing with you my excitement at the discovery of two rooms at a private wine estate in the Dordogne, featured in the June/July issue of Town & Country. Many times more than not I write posts about rooms and the stories that surround them out of personal fascination and delight, and to provide an accessible place to archive them on my blog. “Categories” and “tags” are wonderful archival tools!

Château Clos Videlot is home to the Mouix wine dynasty, better known perhaps for their Petrus wine property in Pomerol, Bordeaux. The family estate resides on the picturesque banks of the Dordogne, about two hours from Bordeaux, where Jean-Pierre Moueix established  his name among the wine elite in the later 1930’s. Described as a turreted stone house, the château is now occupied by Jean-Pierre’s grandson, Jean Moueix. Heir to the 28-acre Petrus property, Moueix the younger divides his time between Paris and Bordeaux, inhabiting Clos Videlot when overseeing his family’s terroir.

Jean Moueix’s grandparents, Colette and Jean-Pierre Moueix, were photographed in the main salon at Clos Viderot in 1971 for Town & Country (top photo). The image leaped off the page as though I recognized this room from a past life. If fact, to live in this room, amidst these paintings, in this life would be quite sublime. Black and white photographs have that wonderful, ephemeral quality that allows the viewer to dream meaning into them, and answer questions hitherto unanswered. For example, “What color are the walls and upholstery, and were they selected to compliment a curated selection of modernist paintings?” 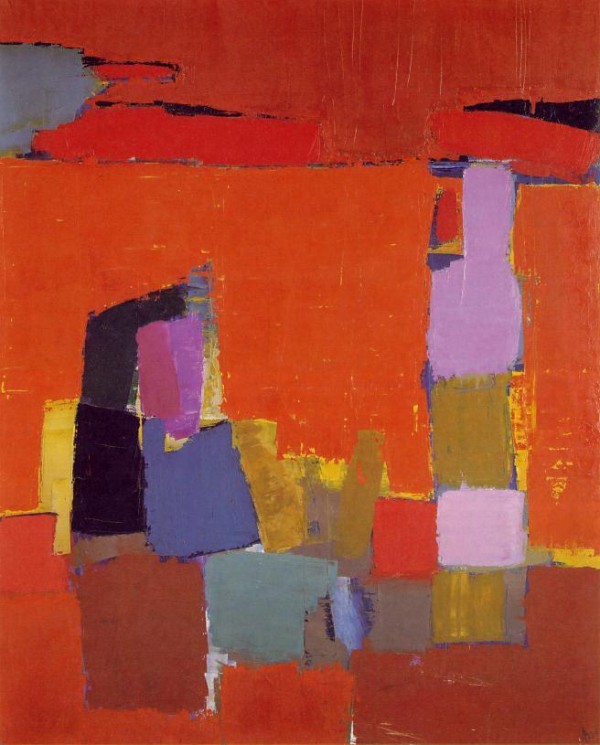 The large abstract landscape painting before which the Moueix’s pose is a Nicolas de Staël. Working with a varied palette that ran the gambit from muted to saturated it is difficult to know the hues laid down on this particular canvas.  T&C does not divulge the title of this work, nor does a Google search reveal its identity. What we do know is that stark contrasts set the tone for the salon, whether black and gray, forest green and white, or bordeaux red and parchment. What we do know, from the T&C article, is that the dining room, which was not photographed, is “a small paneled room painted a warm green”.

The salon at Clos Videlot has all the seductive charm of Marie-Laure de Noailles’ salon at her Paris residence, Hôtel Bischoffsheim, designed by Jean-Michel Frank in 1926 (see Perfectly Frank). Paintings hung salon-style from chains attached to picture rails mounted at the cornice creates the excitement of art constantly moving and changing out, and comfortable modern furniture simply, yet luxuriously, covered floats at center, contributing to the romantic aesthetic of salon as a gathering place for artists and intellectuals.

Today the de Staël hangs in the library alongside a host of modern master paintings that include works by Picasso, Cezanne, Dufy, Rothko, Francis Bacon and a bronze by Rodin – perhaps the one the current châtelain, Jean Moueix, is leaning against, though I assume not given its raw nature.

While these two black and white photographs offer us a glimpse into the private world of the Moueix dynasty at Clos Viderot, unanswered questions remain … Unless you’re a dreamer, like myself, and you paint your own canvas onto theirs. Forever “In search of the sublime in design”!