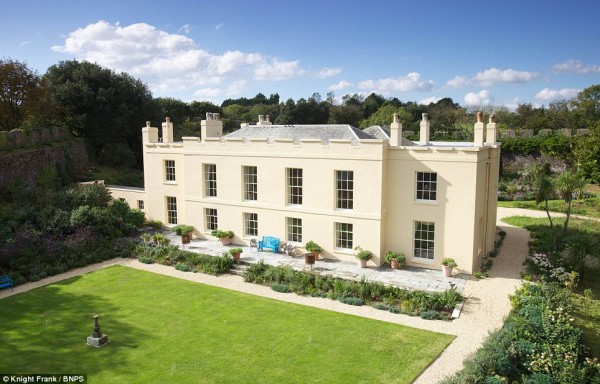 In case you are wondering, I haven’t entered into the arena of real estate nor do I have any agenda from which I may benefit by promoting the sale of one of Prince Charles’ properties, in this case Trematon Castle. No, not in the least, any more so than would The World of Interiors, which featured the home’s collected English country-style rooms in their March, 2015, issue. Since Trematon appeared on its pages it seems the world suddenly recognizes its unexpected confluence of Regency and medieval architectural styles. 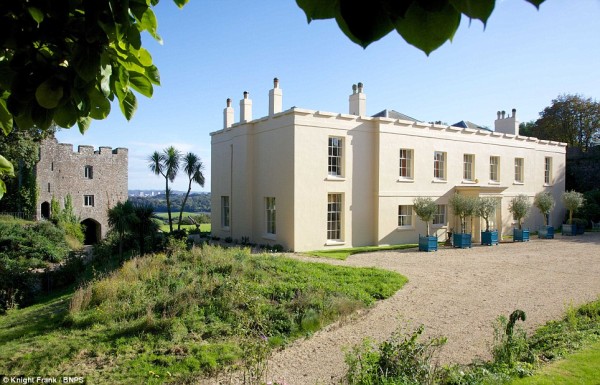 Trematon is not actually a castle at all but a castellated Regency villa replete with a Norman motte and a baronial gatehouse, set high within the derelict core of what was once Tremeton Castle. Its fortified walls remain standing and surrounding the villa, opening up to views of the Cornish coastline. Most recently landscape gardeners Isabel and Julian Bannerman (previous owners of Hanham Court in Gloucestershire) of I & J Bannerman have held the leasehold, which is now up for a twenty-year lease, for a mere £850,000. Sound at all tempting? Stay tuned, and have a look around! 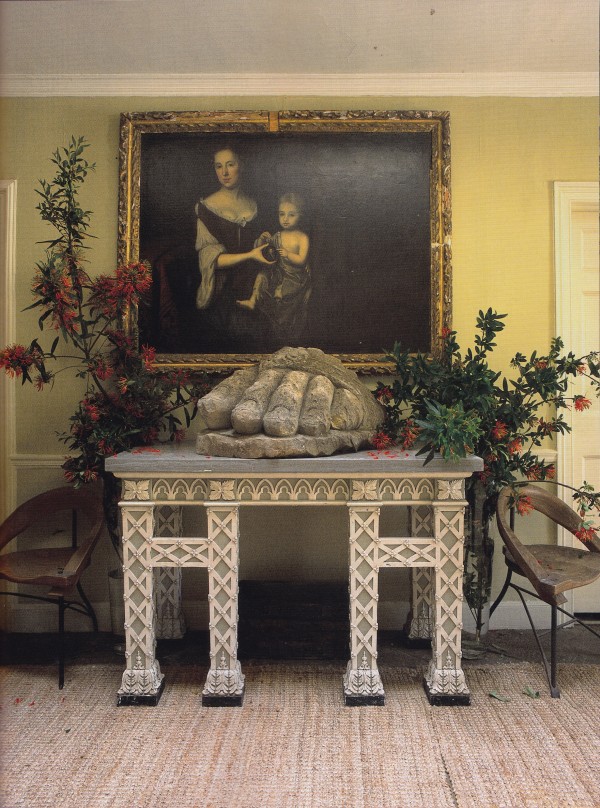 The entry hall was photographed by Christopher Simon Sykes for The World of Interiors, featuring a painted Gothick table based on a c1723 design by Stopshire architect Thomas Farnolls Pritchard. 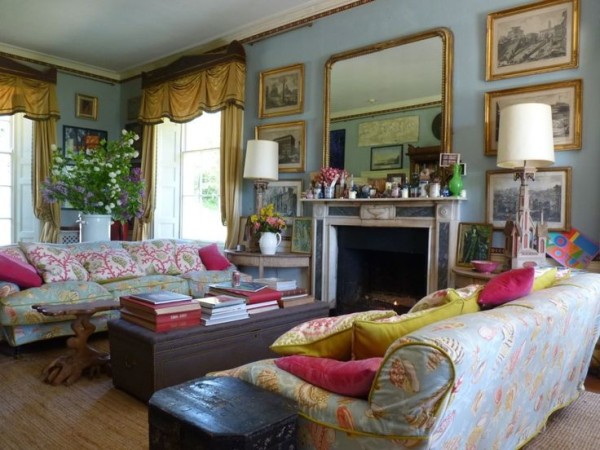 The cheerful drawing room extends along one end of the house, its sofas dressed in summery slipcovers with a sea life pattern of shells and coral against a blue-gray ground the color of the walls. Flanking a Regency mantel are a pair of polychrome carved wood Gothic church models converted to lamps.Personal bibelots and collections, casually arranged and rearranged, communicate the inhabitant’s predilections and caprices. A home for living, not for show, is evidenced by a Diet Coke can setting upon a stack of magazines on the upholstered bench.

The picture of English country house-style: faded grandeur and demure elegance, what the British refer to as “shabby gentility”. 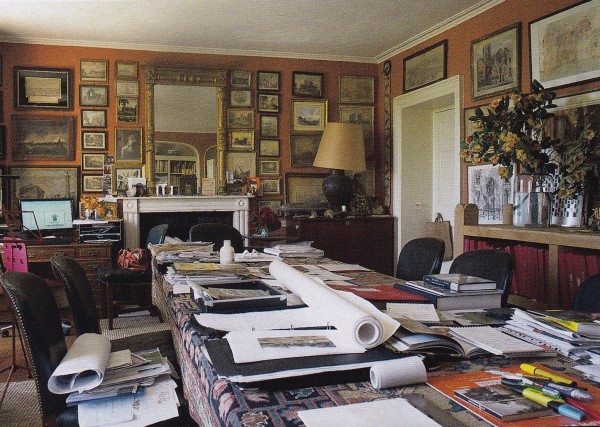 The dining room also serves as the drawing office and is cleared away when the couple entertain. 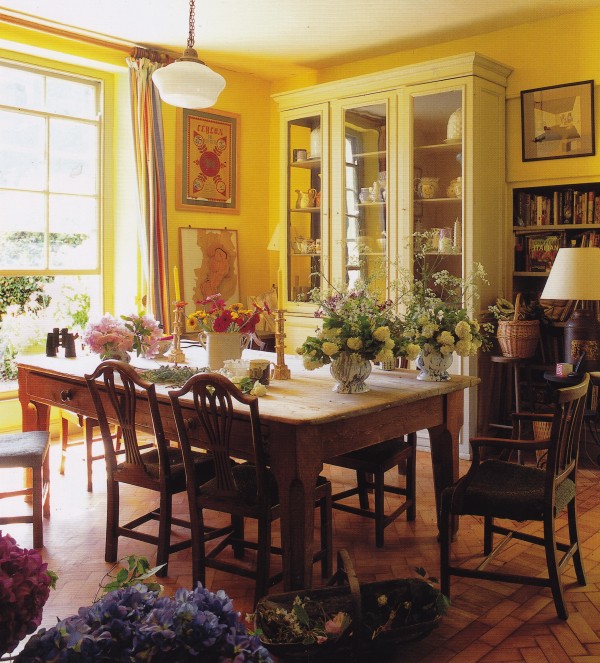 The sunny kitchen opens to views across the water to Davenport. A picture hanging above the built-in bookshelf is a 1960’s scheme by David Vicary for Mark Birley’s Mayfair office.

The Bannerman’s brought the kitchen furniture with them from their previous home Hanham Court, outside Bath (its gardens open to the public), as you can see from the photo below. 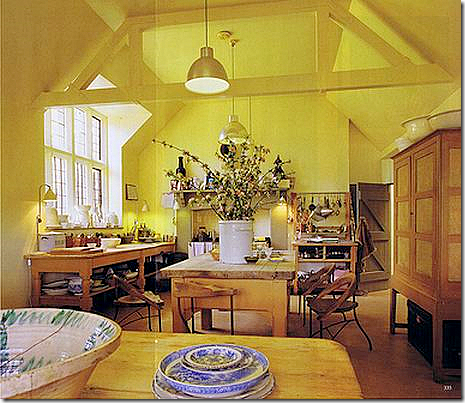 The kitchen at Hanham Court, Gloucestershire.

The Gothic bookcase in the small library also came from Hanham Court (below), copied from one made for an Irish house by John Nash. The large oxidized copper sphere is actually an architectural finial from Sir Christopher Wren’s Torn Tower at Oxford, taken down by a stonemason during restoration work in the 1960’s.

The library at Hanham Court, featuring the Gothic bookcase to the left of the Gothic fireplace mantel. 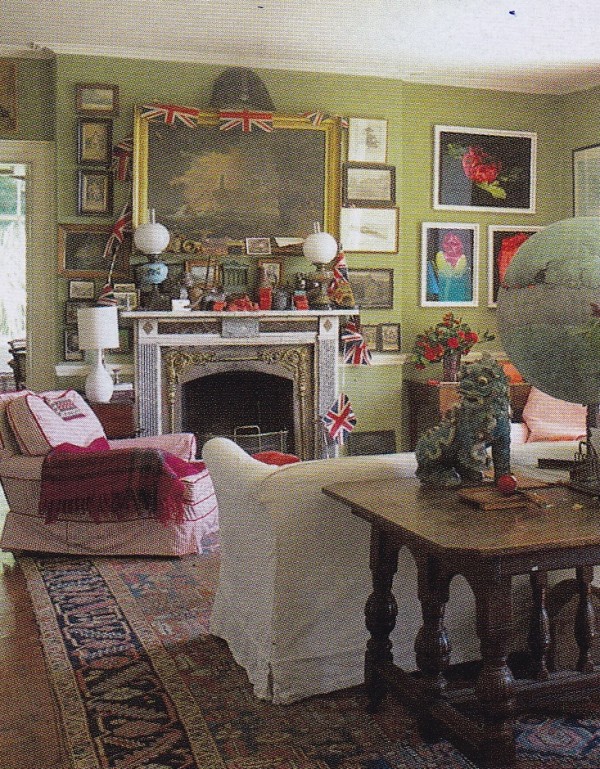 Another view of the library at Trematon dressed for summer. 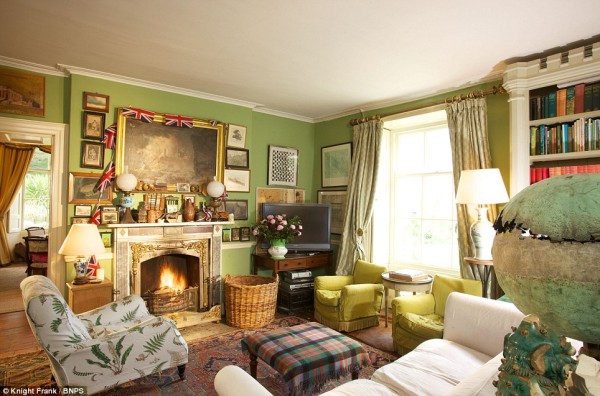 This photo was taken by Knight Frank realtors for listing the house, referred to now as the morning room.

The glass house, a covered garden terrace, is filled with daturas, pelargoniums and scented plants beneath an orbit of gazing balls. 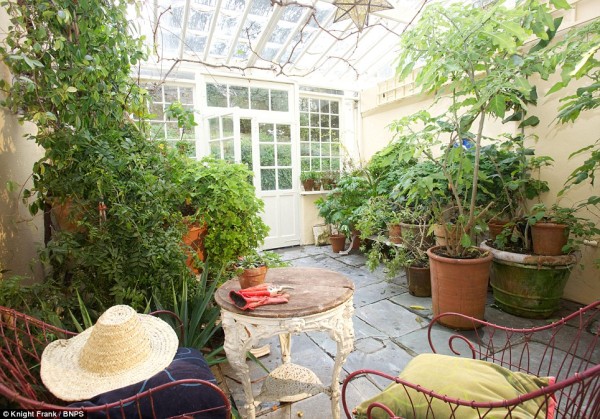 The same terrace as it appears now, as photographed for listing. 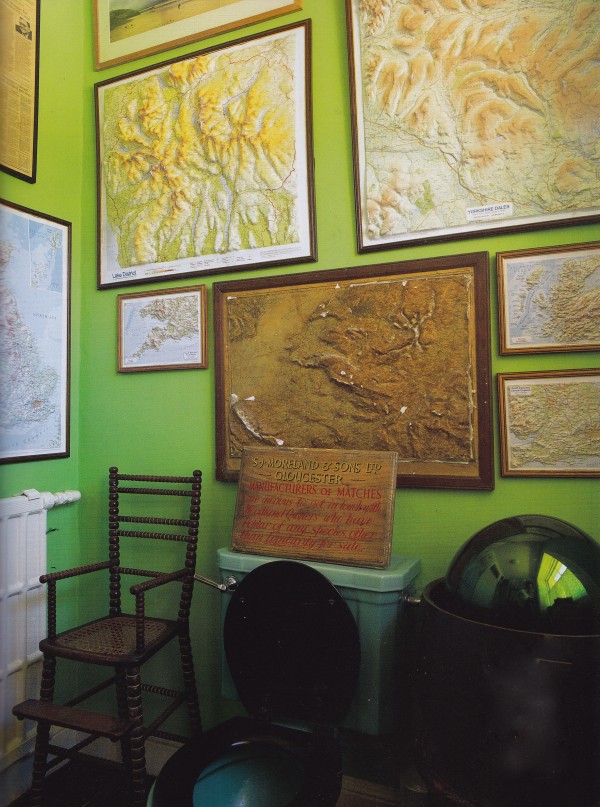 The gents loo on the ground floor  includes a baby’s high chair and contoured relief maps of local Dartmoor. 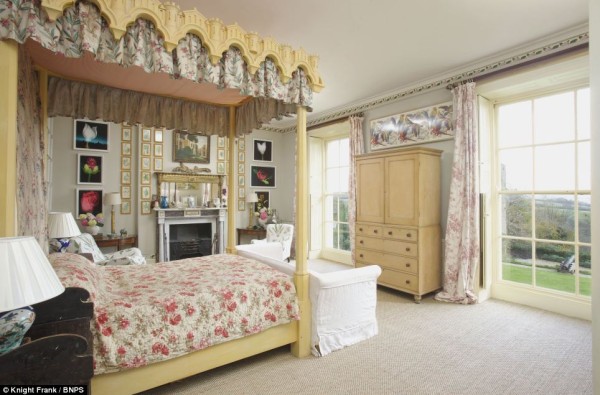 The couple brought with them their Gothic four-poster from Hanham Court, painting from white to yellow. 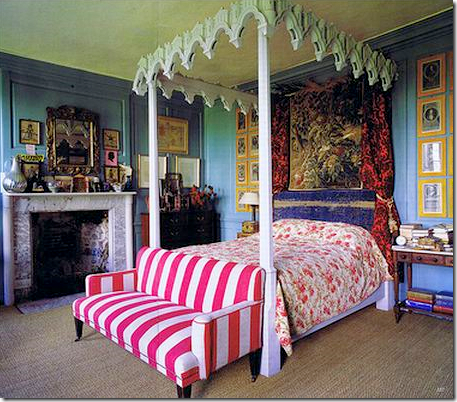 The Gothic four-poster as it appeared at Hanham Court.

In a guest room the Bannerman’s placed a four-poster that had originally resided in their son’s room at Hanham Court, minus bed hangings at all four corners. 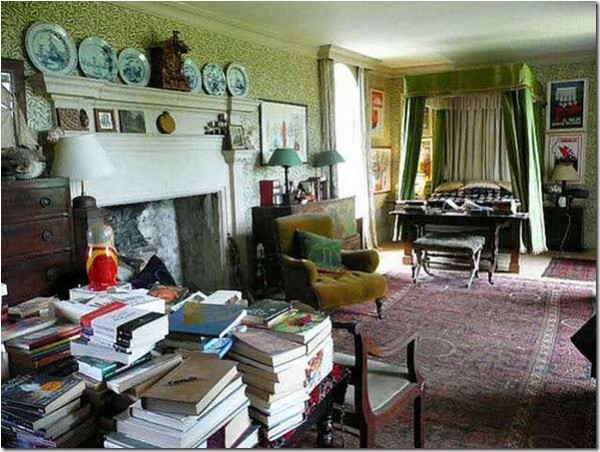 The Bannerman’s son’s William Morris wallpapered bedroom featuring the four-poster with all of its bed hangings, creating a cozy alcove within the large room.

The photo of this guest room was taken by Isabel and posted to her Instagram page.

Isabel designed the double herbaceous border at the castellated wall along the front of the house in the first photo. In the next photos is the gatehouse and motte (a mound girdled by a ditch) adjacent to the house. 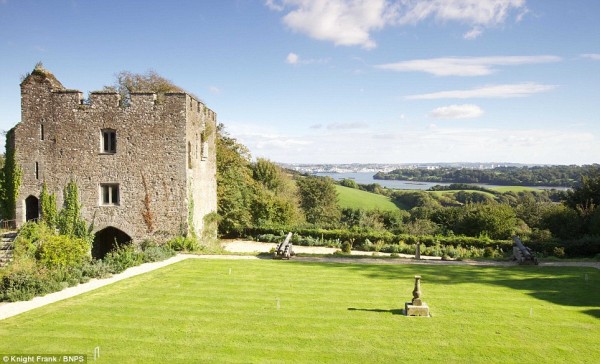 A view of the Norman gatehouse and views over the Plymouth sounds. Photo via Frank Knight.

In the shadow of the keep is an outdoor pool, built in the 19th Century to commemorate an 1812 visit by George IV, then Prince Regent. Photo via Frank Knight. 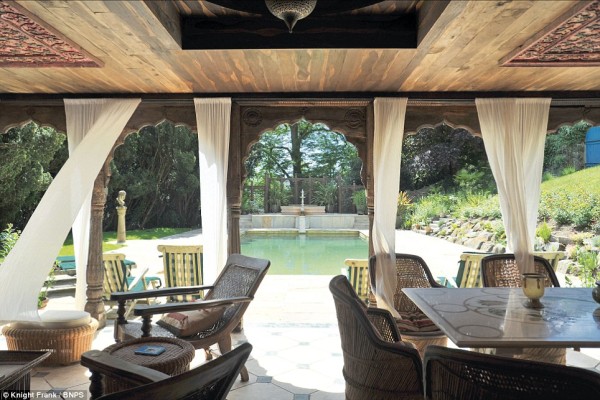 Photography for the March, 2015, issue of The World of Interiors by Christopher Simon Sykes. Listing photos from Frank-Knight realty.