In 1937 Elsa Schiaparelli moved into 22, rue de Berri in Paris’ 8th arrondissement, the third residence she would collaborate on decorating with Jean-Michel Frank, the father of the modern interior, as well as with the formidable firm Jansen. Less moderne and spare than her previous homes at rue Barbet-de-Jouy and the boulevard Saint-Germain (See Elsa Schiaparelli), her eighteen-room hôtel particulier on the rue de Berri reflected the evolution of her style coming into her own. Layered with color, curvaceous furniture and a mix of classical and modern art, chez Schiaparelli distilled her love affair with the worlds of art and fashion. Despite the success of her greatest rival, Coco Chanel, Schiaparelli maintained the distinction as Queen of Fashion between 1930 and 1940.

The white-and-gilt boiserie of the grand salon were covered with a series of eighteenth-century chinoiserie tapestries, taken from Boucher cartoons, with bookcases in each corner designed as white and gold pagodas. The upholstered furniture and bergeré swere scarlet, the canapés dressed in lilac silk – an elegant foil for the designer’s eclectic collection of Chinese and Egyptian curiosities and 18th-century, Cubist and Surrealist art. Throughout her career she collaborated and socialized with the greatest artists of her time – Christian Bérard, Diego Giacometti, Eduardo Benito, Leonor Fini, Salvador Dali, Man Ray, Duchamp and, in particular, Jean Cocteau – creating poetic fashions and sharing creative pursuits in the designer’s salon that was filled with their art. The eclectic decor mirrored  Schiaparelli’s own sense of style and fantasy. 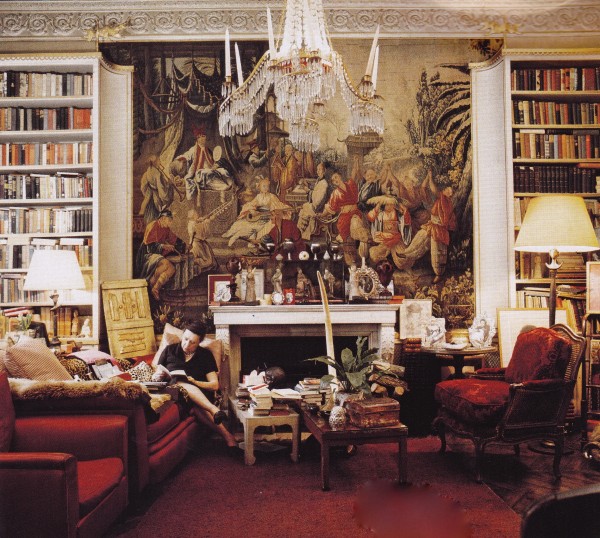 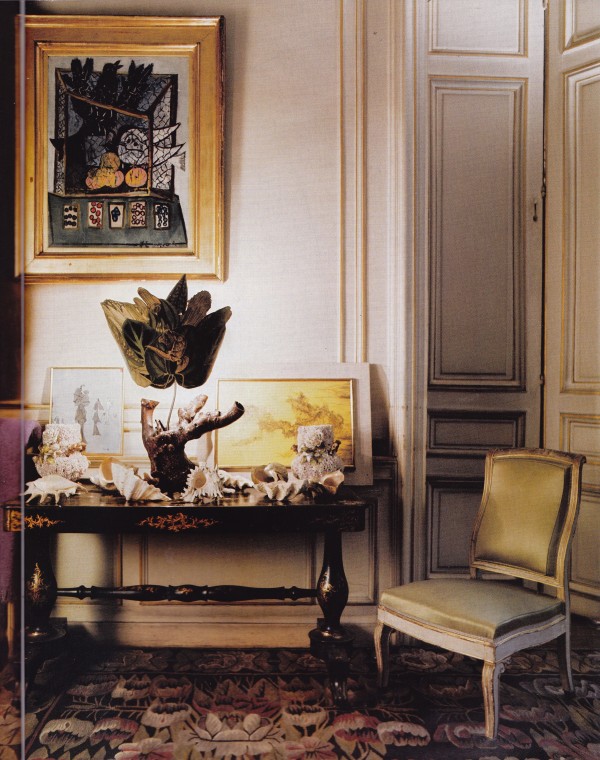 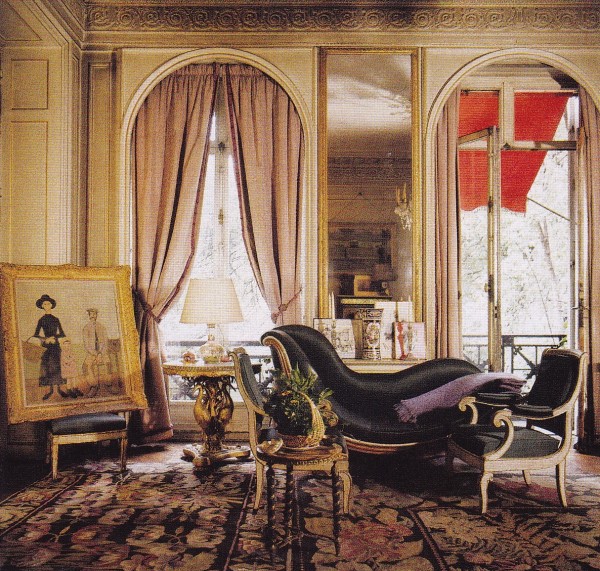 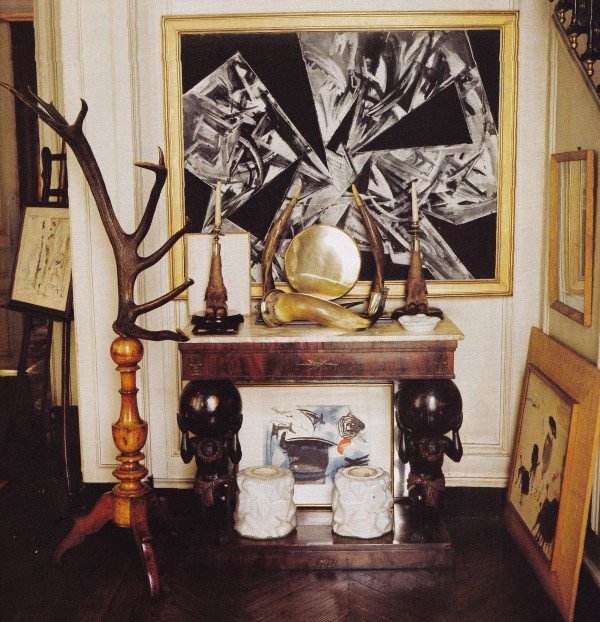 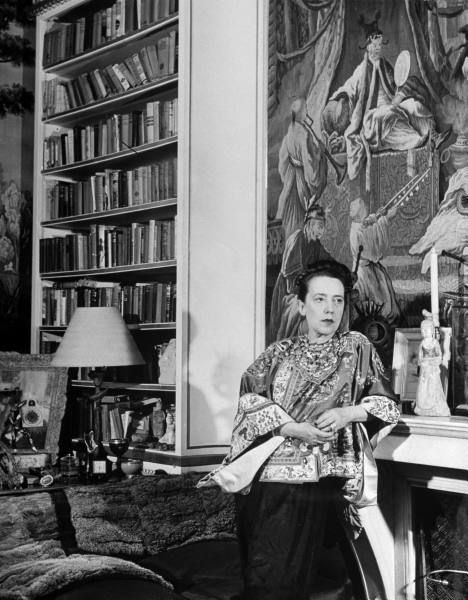 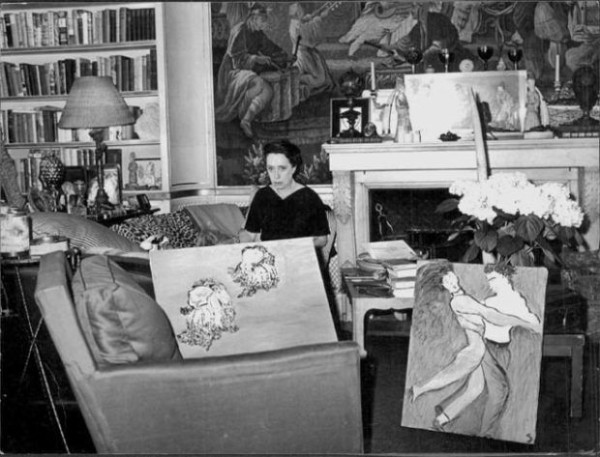 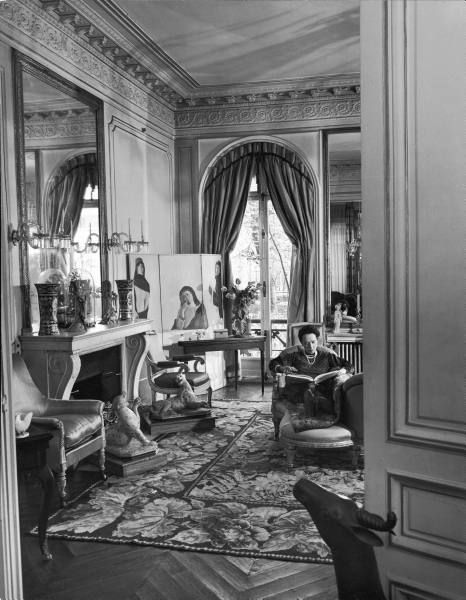 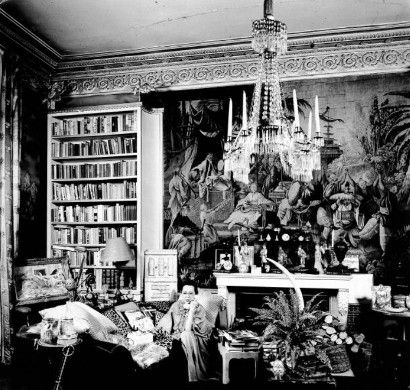 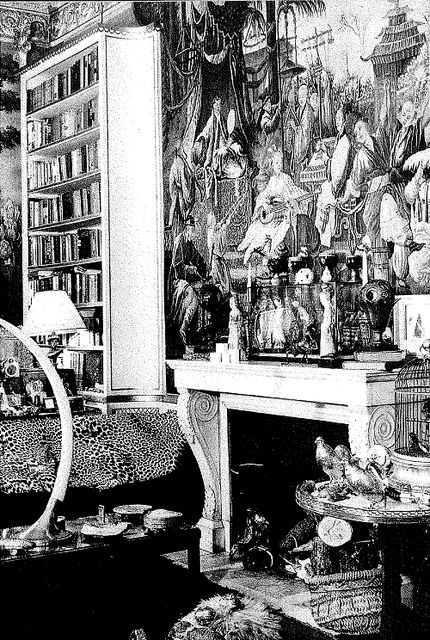 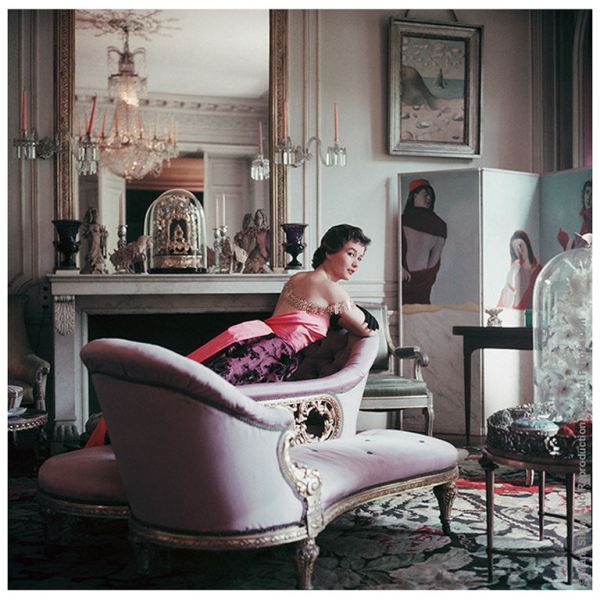 Fashion photographer Mark Shaw produced some of the most arresting photographs of his era. Here the style and glamour of Schiaparelli’s salon features a painted screen by Christain Bérard in a corner (1953). 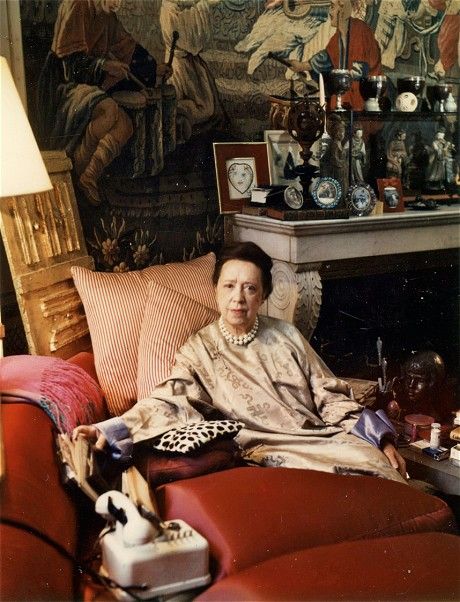 In 1969 Schiaparelli was photographed at home by the seldom heard of fashion photographer Marie Cosindas.

Today the residence at 22, rue de Berri is but a memory, its chatelaine and contents long removed. In 1992 François Halard was invited to photograph the rooms Schiaparelli’s daughter, Gogo (Maria Luisa Yvonne Radha, Marchesa Cacciapuoti di Giugliano), created in her mother’s memory. The salon shares nearly identical white-and-gilt boiserie hung with the Boucher-inspired panels, and you will recognize the scarlet bergére, lilac canapés and colorful rugs. Eventually these, too, would migrate into the hands of admiring collectors when much of the Queen of Fashion’s collection was consigned to auction by her granddaughter and actress Marisa Schiaparelli Berenson at Christie’s in November of 2013. 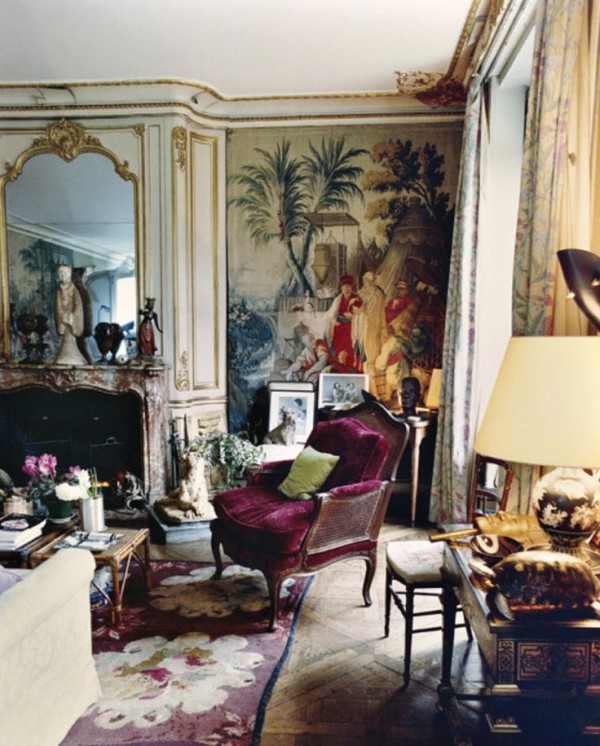 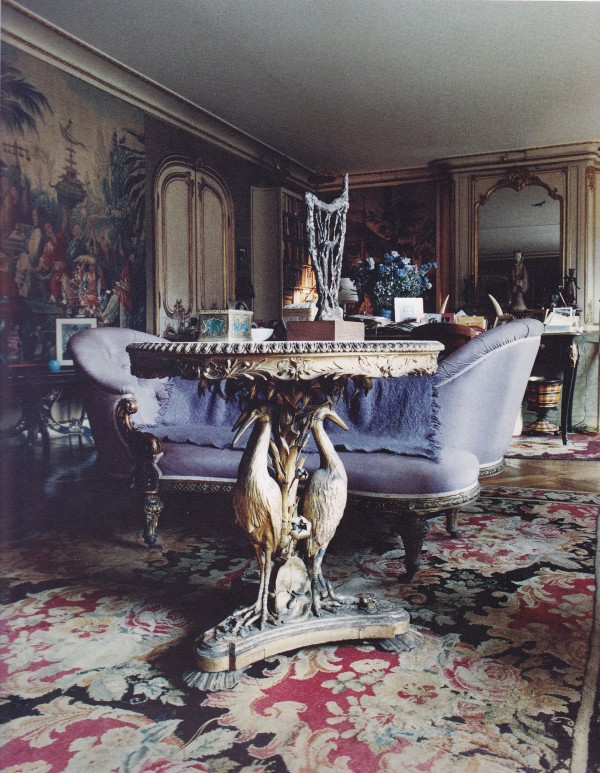 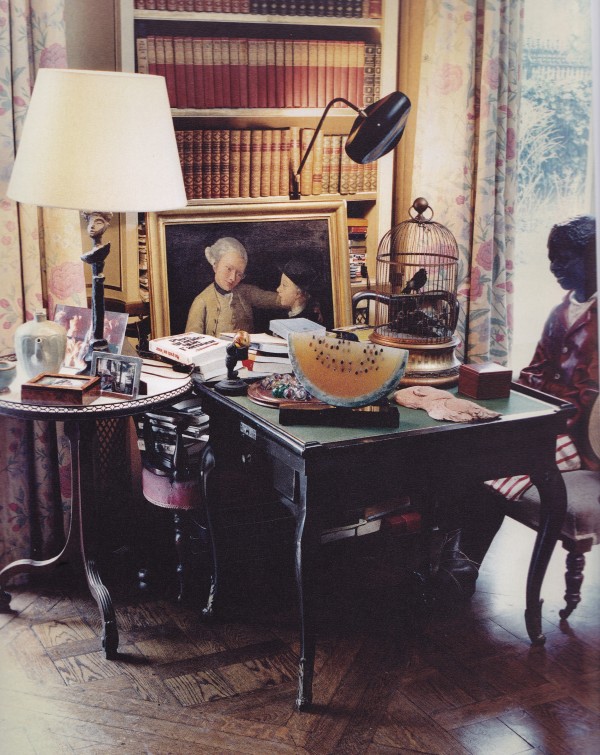 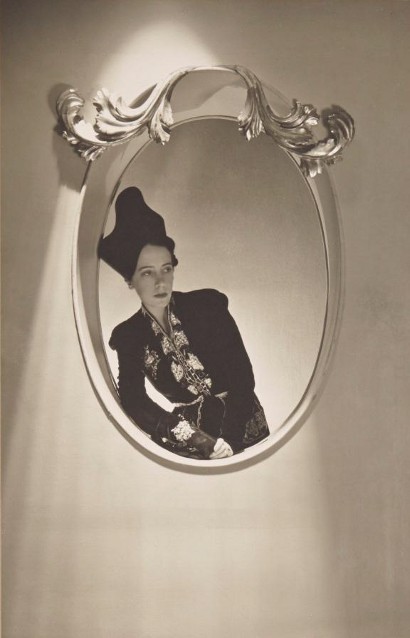 Elsa Schiaparelli photographed by Horst in the 1930’s.

Photos from the January, 2013, issue of Italian Architectural Digest and Pinterest.