A Man and His Houses, Part I 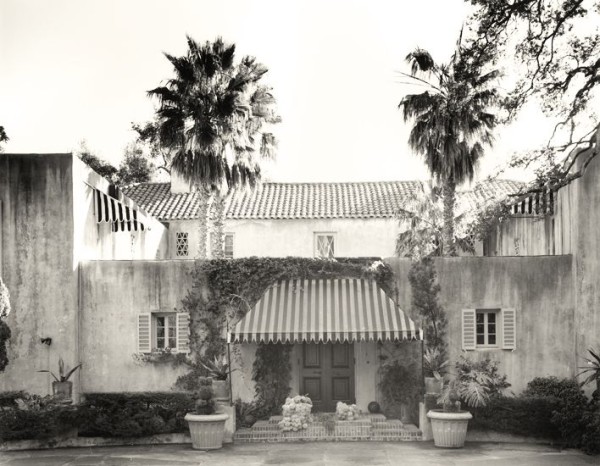 Wright Saltus Ludington moved from Pennsylvania to California in 1915 to attend the all-male Thatcher School in Ojai, shortly followed by his father, Charles H. Ludington – a corporate lawyer, investment banker and editor of The Saturday Evening Post – in 1924. It was in nearby Montecitio that the elder Ludington purchased the Spanish-Colonial estate Días Felices (“Happy Days”) designed by Bertram Goodhue, in 1915. The following year Wright, a young artist and collector, and his friend Lockwood de Forest III, an up and coming landscape architect (and son of the founder of the Aesthetic Movement) who he met at Thatcher, concocted a plan to restyle the grounds at Días Felices into Italian-style gardens, renaming the villa Val Verde. Within a year Charles passed away and a 27-year-old Wright found himself the owner of his father’s estate.

It was over a European tour in 1922 that the two friends discovered they shared a common interest in art. Collecting along the way Wright Ludington returned to his then father’s villa in Montecito with loot in tow. By the time his father had passed Wright had amassed an enviable collection of art and antiquities to place within the villa and the newly designed gardens De Forest had laid out for him. De Forest created a stunning gallery to house Ludington’s impressive collection of paintings and drawings and enclosed the villa’s atrium to showcase his collection of Classical statuary, as well a pool complex, all in the Classical style. In the 1930’s de Forrest added a colonnaded “ruin” stretching along the original terrace.

For the villa’s interiors Ludington collaborated with a number of friends, many of them artists and decorators. Eugene Berman was one such decorator, a set designer for the New York Metropolitan Opera, who designed a suite of bedrooms. Oliver Messel was another, who painted a bathroom with flamboyant Roman murals. And Princess Rainier di San Faustino created the villa’s kitchen.

From that point forward the affable bon vivant, collector and artist made Montecito his home, becoming an eventual co-founder and patron of The Santa Barbara Museum of Art. He would eventually bequeath his entire collection of art and antiquities to the museum … but not before designing and living in two other Montecito homes. Preservationists attempted to maintain the glory of Val Verde in the recent past but lack of funding failed to support their efforts. Today the villa is once again privately owned. 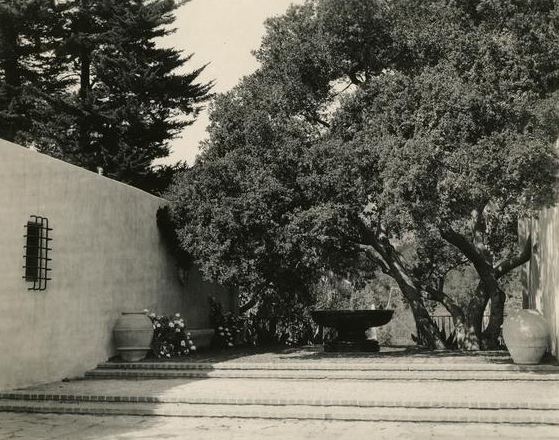 The villa’s design was inspired by Spanish Colonial architecture, considered modernist at the time. 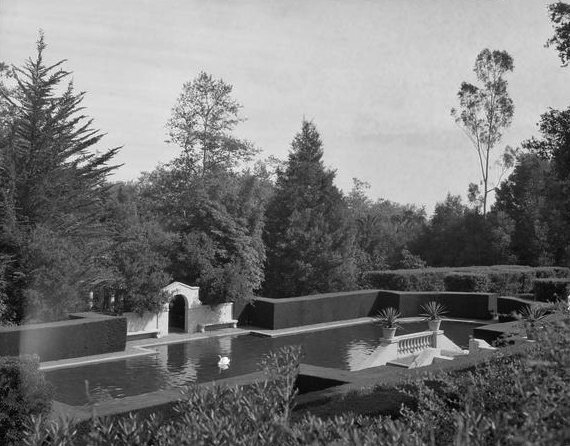 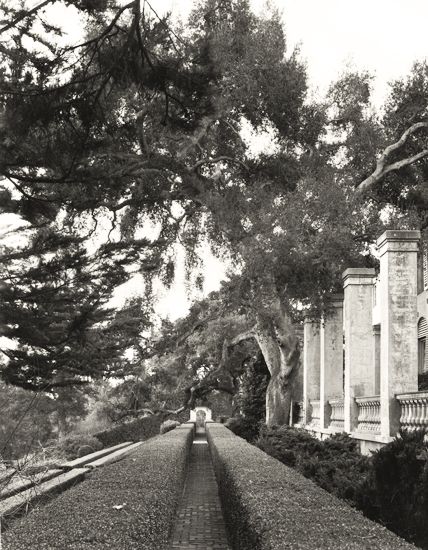 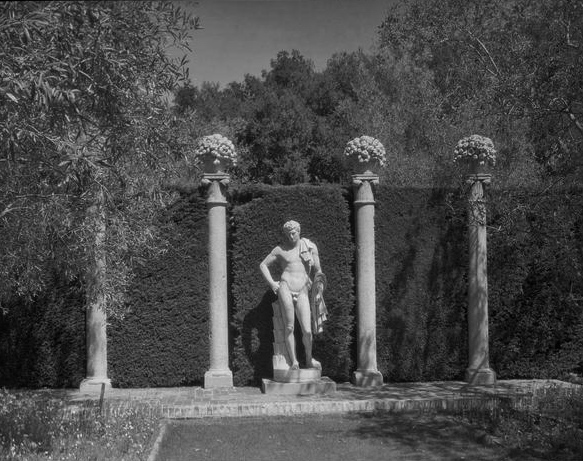 View of the Lansdowne Hermes (a Roman, marble statue from the Hadrianic period, now in the Santa Barbara Museum of Art), against a backdrop of alternating columns and hedges. On top of each column is a sculpted basket of flowers. 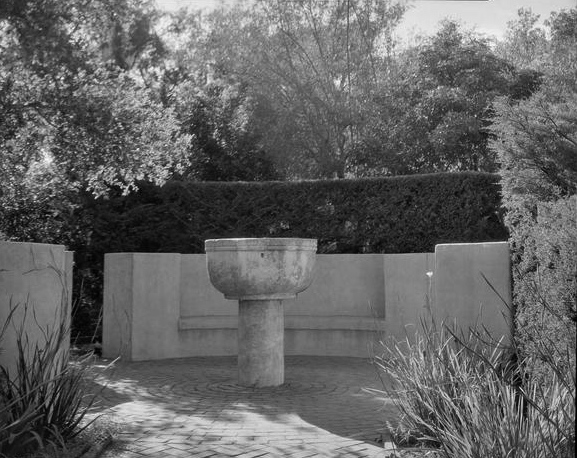 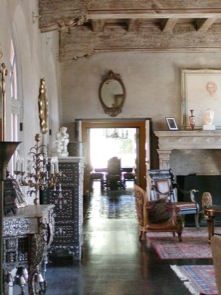 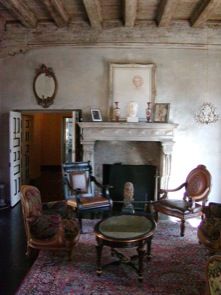 2 Responses to A Man and His Houses, Part I