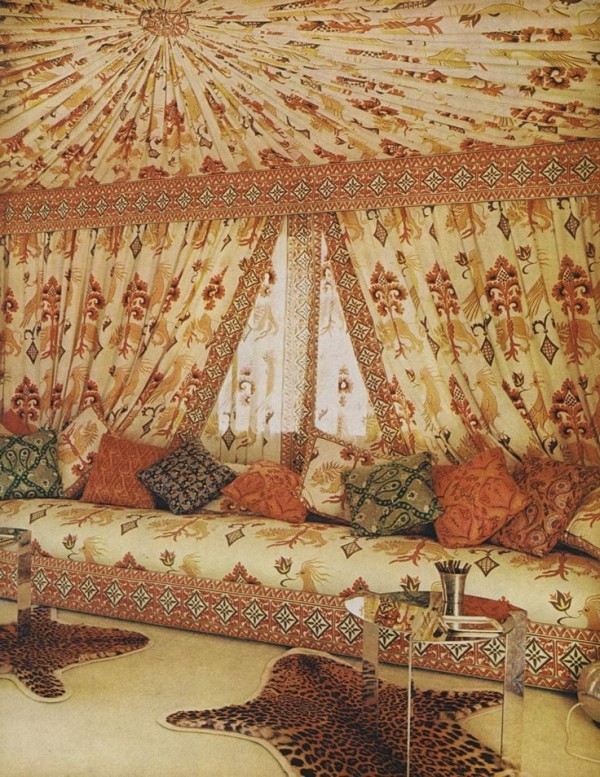 In anticipation of the publication of Valentino: An Emperor’s Table this past November Vogue dipped into their archives to curate and on-line review of the style-setter’s sumptuous homes and interiors over the years, reaching back to Valentino’s rise to fame in the 1970’s. Design hounds, like myself, are likely familiar with every home and interior featured in this article, from their publication in shelter magazines over the years, yet most of the following photos are images of familiar rooms I’m discovering for the first time – which is actually a thrill, given I sometimes think I’ve seen it all. I hope you enjoy revisiting Valentino’s homes and interiors and, perhaps, a few new perspectives, as much as I have! 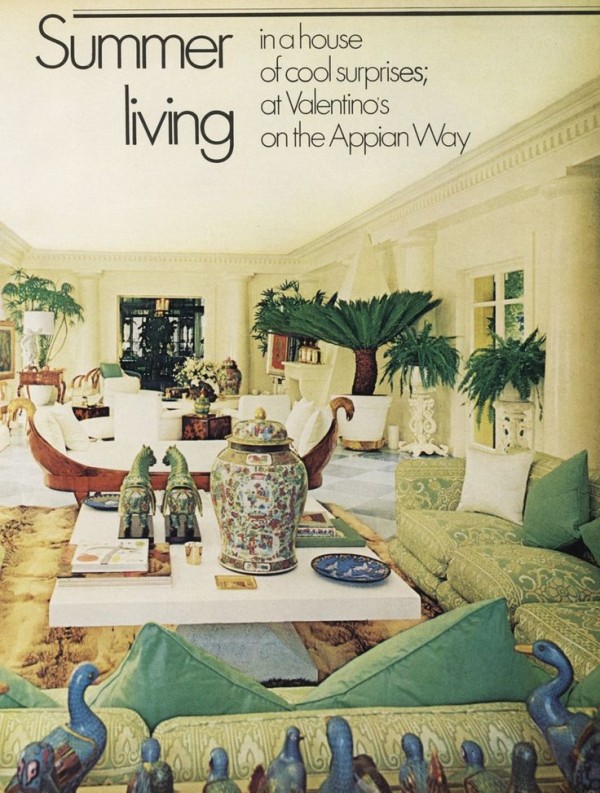 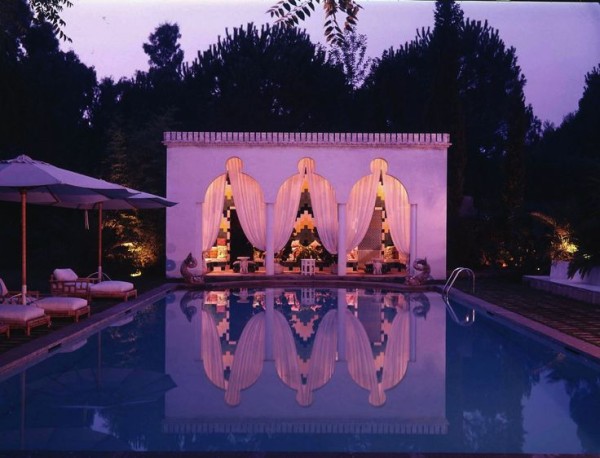 1984: An outdoor dining room in his Capri villa is covered by a vine-festooned ceiling in jasmine and bougainvillea. The table is set with a collection of corn majolica.
Photographed by Jacques Dirand, Vogue, December 1984. 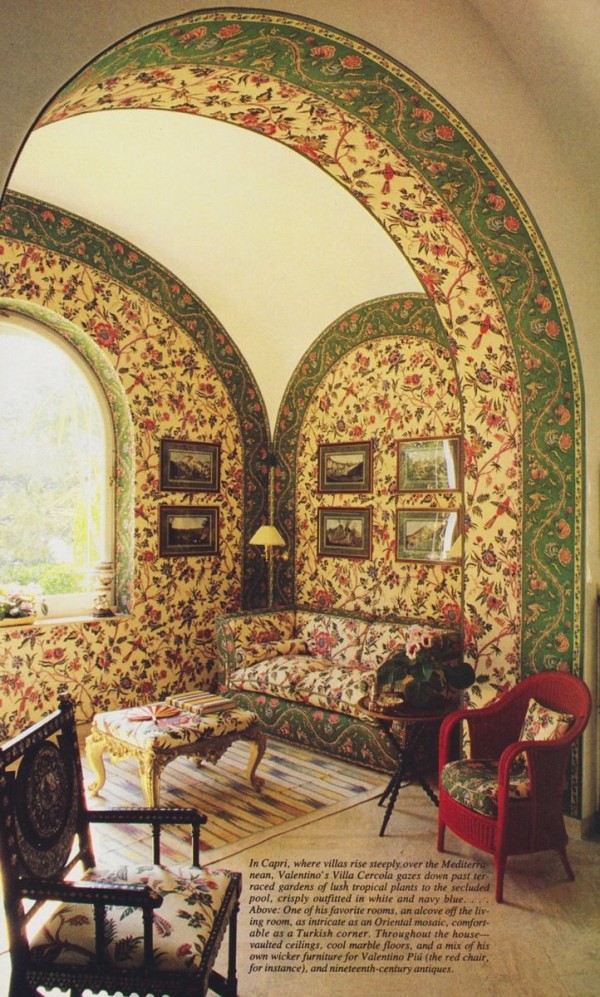 1984: Sumptuous, florid walls are custom-upholstered to fit a vaulted alcove next to the sitting room, which overlooks the gardens. Photographed by Jacques Dirand, Vogue, December 1984. 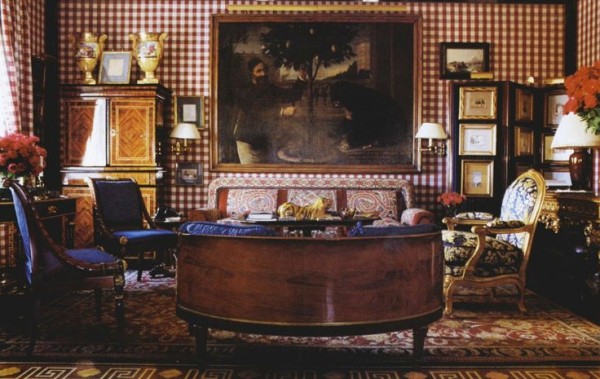 This post is based on an article written by Mieke Ten Have for Vogue, published on-line November 6, 2014. You can see the original story at Vogue Online. Rooms descriptions taken directly from article.

One Response to Valentino’s Homes & Interiors in Vogue