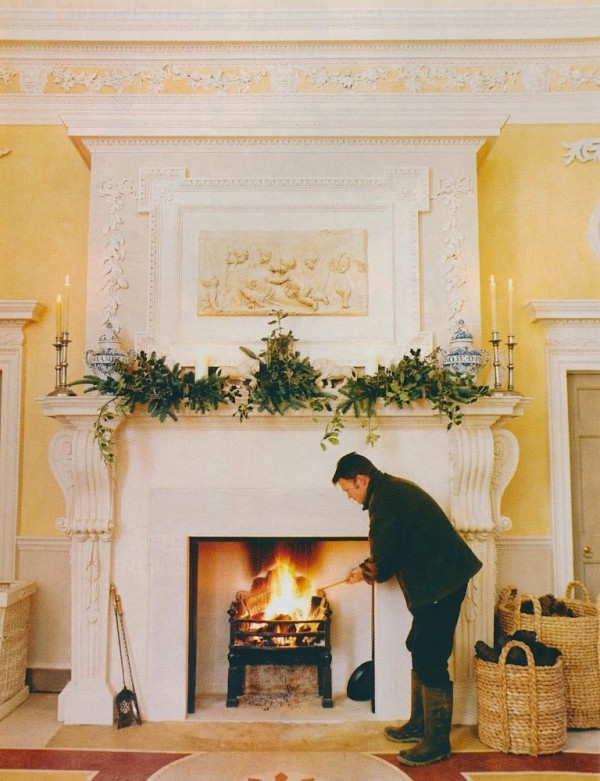 In 2003 Lady Iveagh, widow to Benjamin Guinness, opened the doors of Wilbury Park, her neo-Palladian country house in Wiltshire, England, to House & Garden for a Christmas holiday feature. One of the earliest examples of neo-Palladian architecture in England, Wilbury Park was built in 1710 with classic proportions and a symmetrical layout inspired by Palladio’s Villa Poiana in Italy. Lady Iveagh decamped here in 1996 following the death of her husband, the Third Earl of Iveagh.

The following photos offer a rare glimpse into the beautifully appointed rooms at Wilbury, dressed for Christmas – the rich ocher of the South Hall (the largest room in the house) selected by Lady Iveagh to compliment the coloration of the scagliola floor and to provide definition to the architraves and other decorative moldings that include interests of the family: architecture, hunting, forestry and music; the paneled blue drawing room with its restored gilt-trimmed door frames based on a c. 1900 painting found during restoration; the claret red and gold of the library; and, the festive garden theme of the Mauny papered breakfast room set with seasonal finery. A very happy Christmas from merry old England! 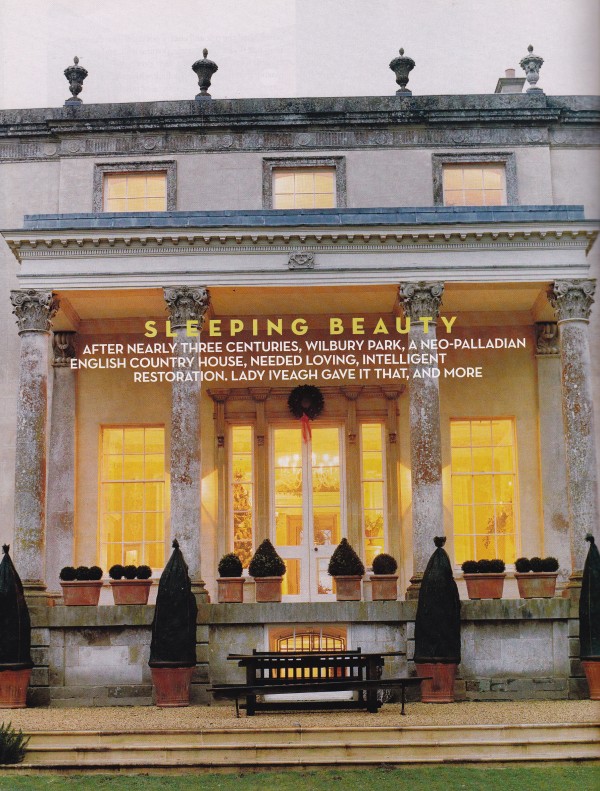 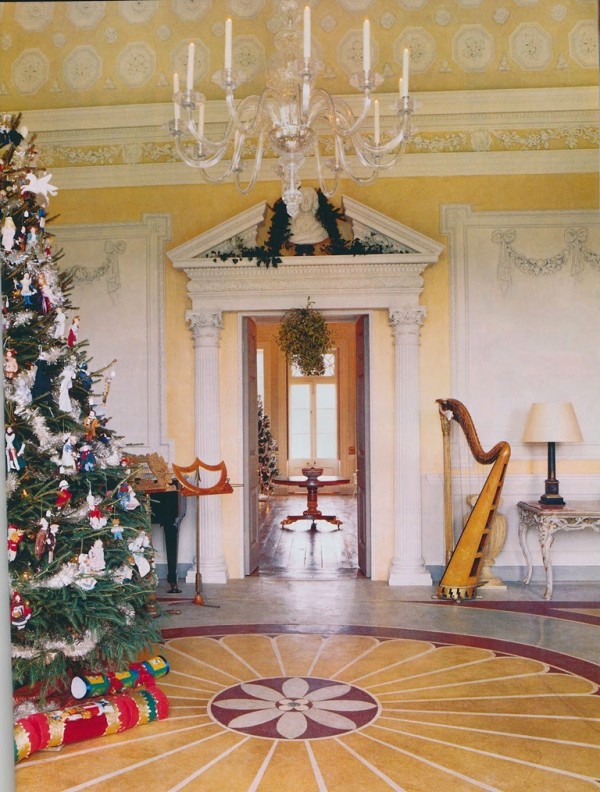 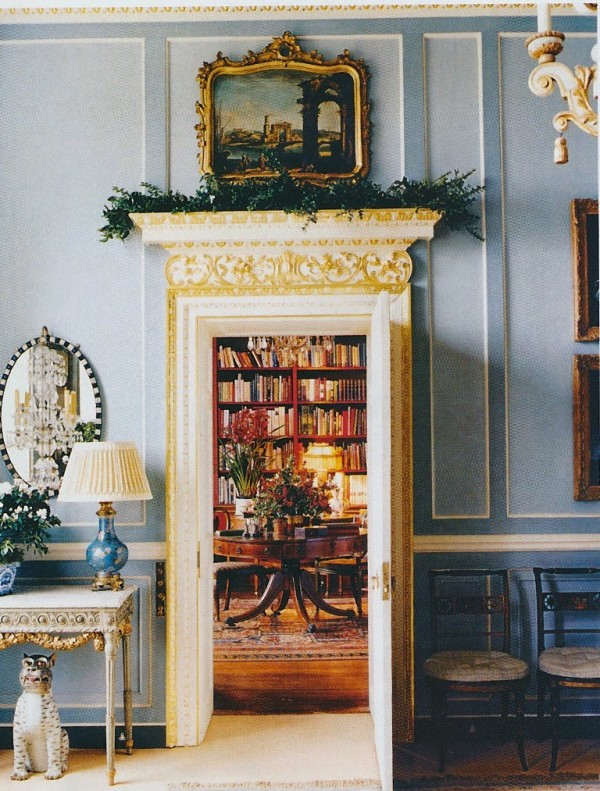 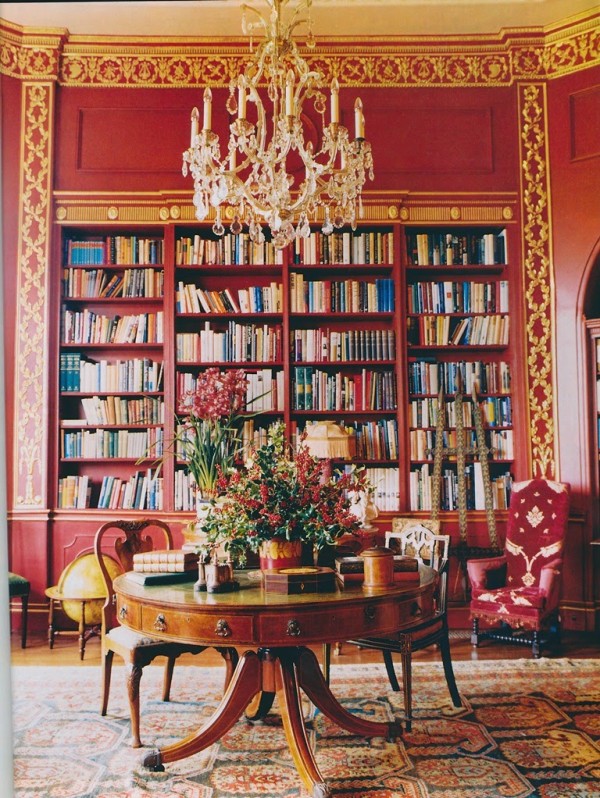 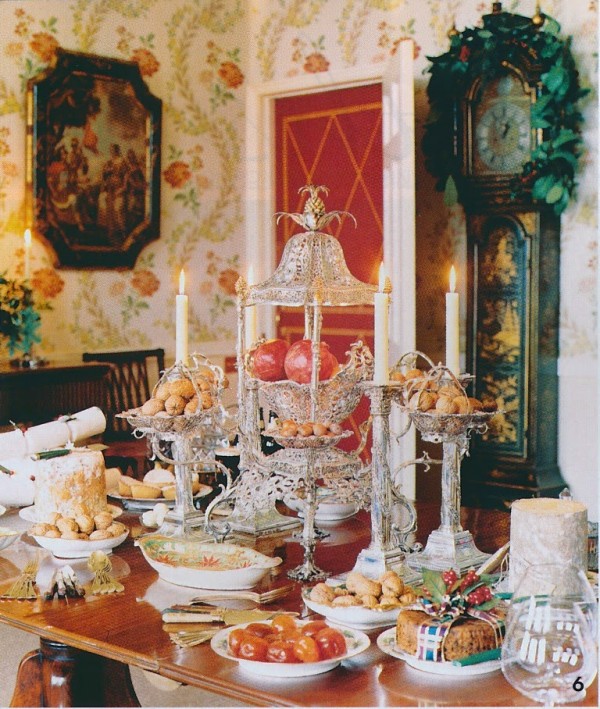 Photography by Melanie Acevedo for the December, 2003, issue of House & Garden.