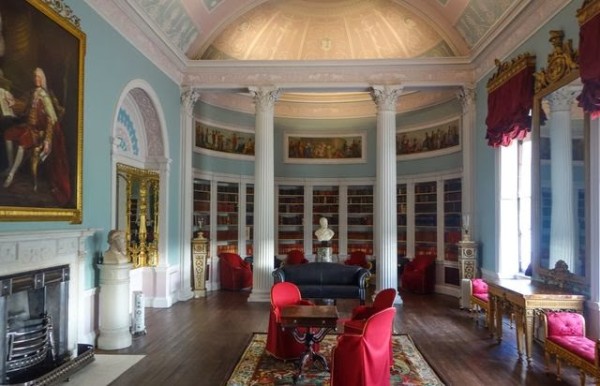 Some say the world will end in fire,
Some say in ice.
From what I’ve tasted of desire
I hold with those who favor fire.
But if it had to perish twice,
I think I know enough of hate
To say that for destruction ice
Is also great
And would suffice.

The library (above) at Kenwood House, designed by Robert Adam.

As the old adage goes, opposites attract. The theme of today’s post is “Fire and Ice”, the contradiction of fiery red paired with cooling blue. It is a daring combination used with skill and aplomb by the wittiest and most self-assured of interior designers. It is a combination that creates rooms of supreme elegance and an almost regal self-confidence. The following interiors combine this alluring contradiction between extroverted red and introverted blue, a winning recipe for spaces at once expressive and quiet. They capture quite eloquently The Art of the Room! 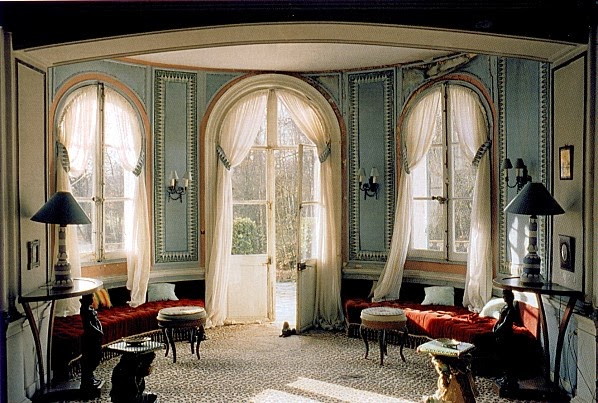 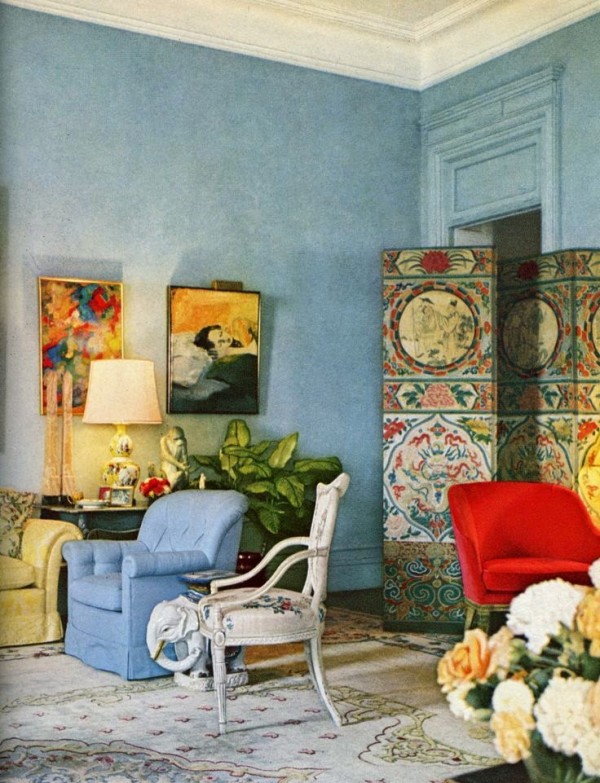 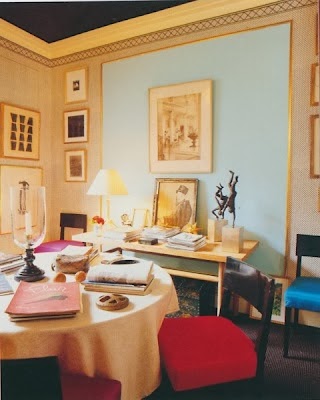 A dining room in a London townhouse designed by John Stefanidis. 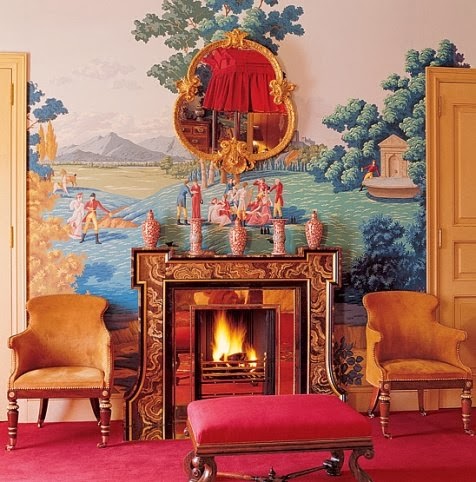 A bedroom in a London townhouse decorated by John Stefanidis. 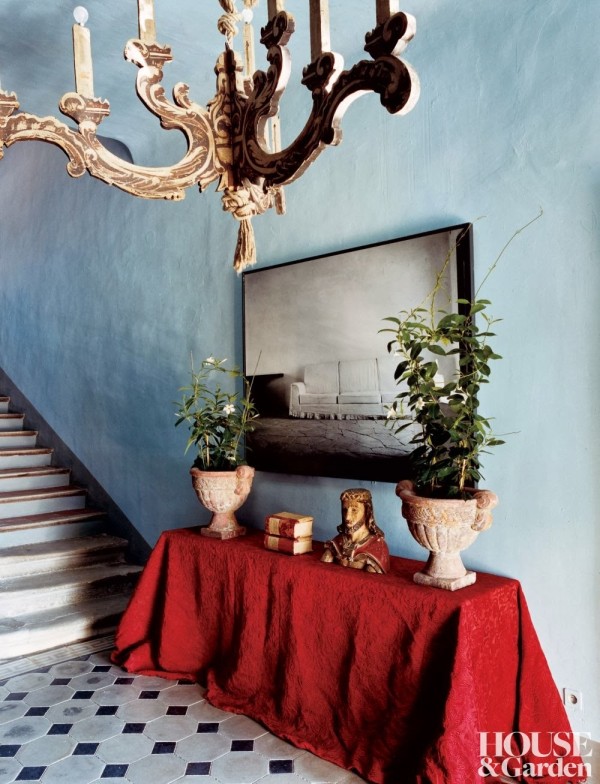 The entry in Yves and Michelle Halard’s home in Provence photographed by their son, François. 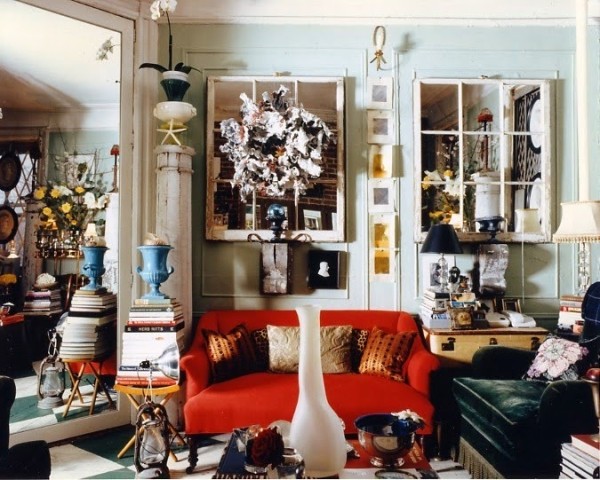 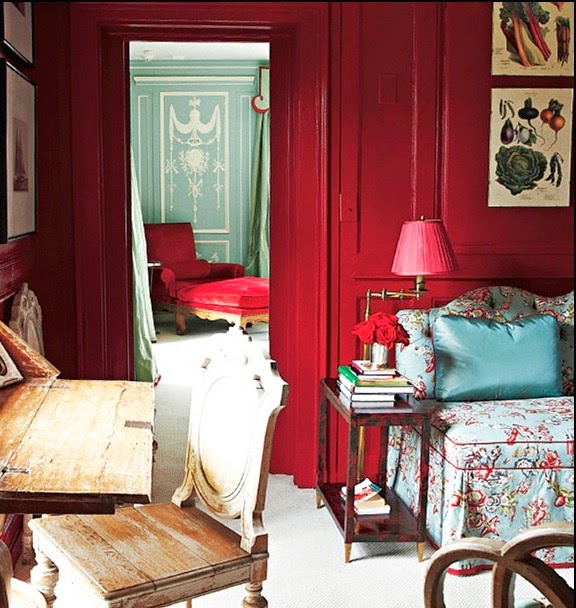 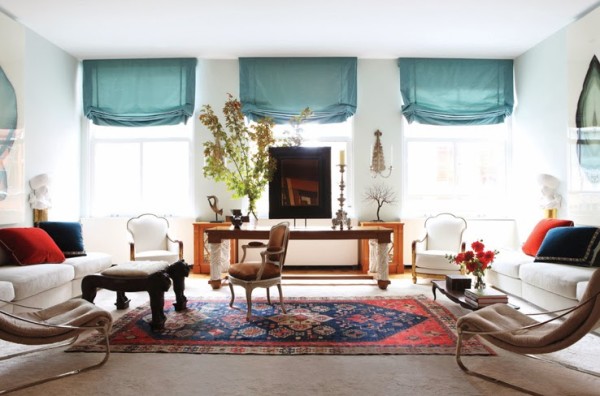 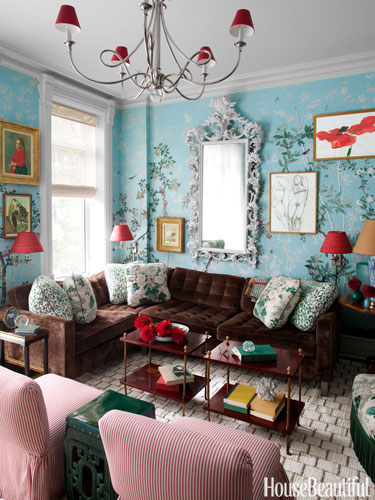 A living room in a Brooklyn townhouse decorated by Miles Redd. Photography by Frederic Lagrange. 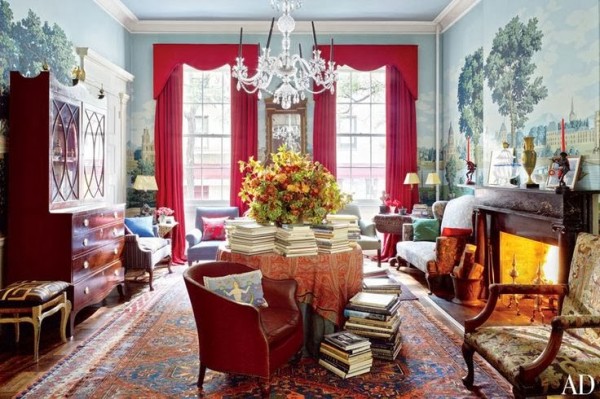 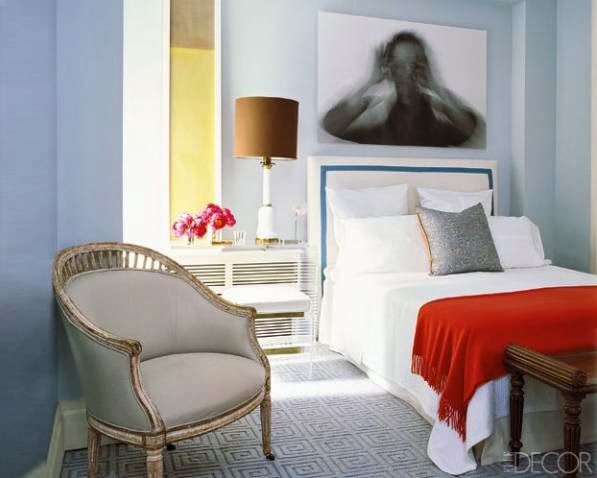 A bedroom designed by Paula Caravelli. Photography by Simon Upton. 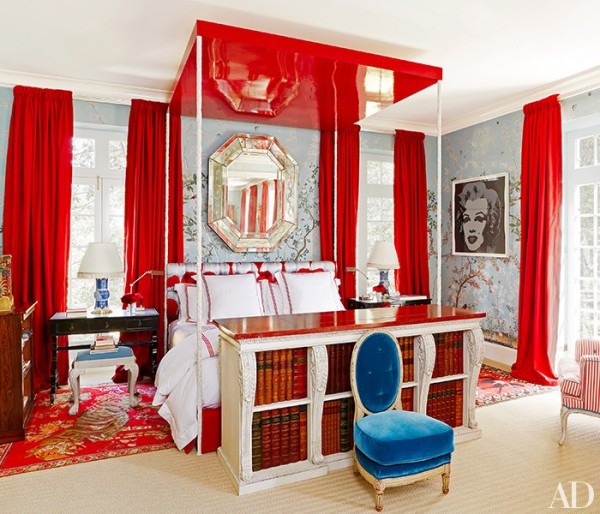 A bedroom in a Houston mansion decorated by Miles Redd. Photography by Thomas Loof. 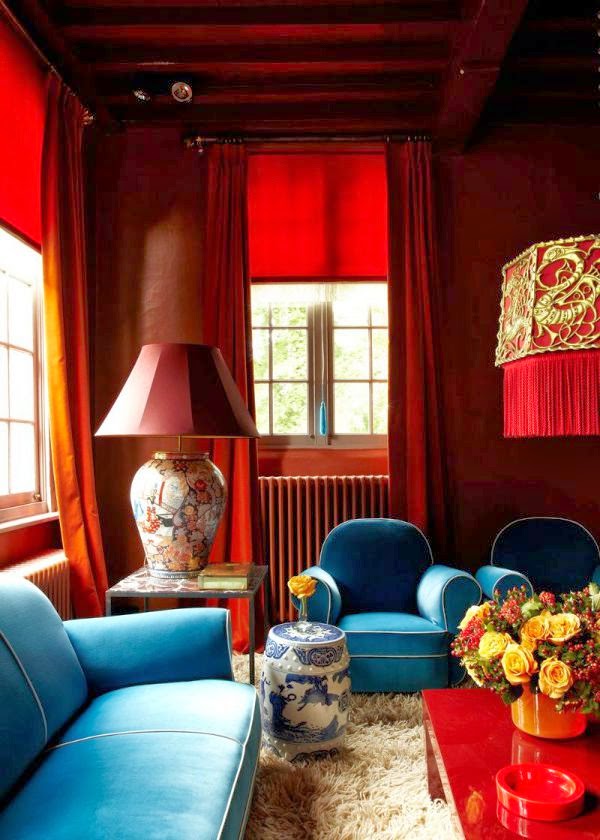 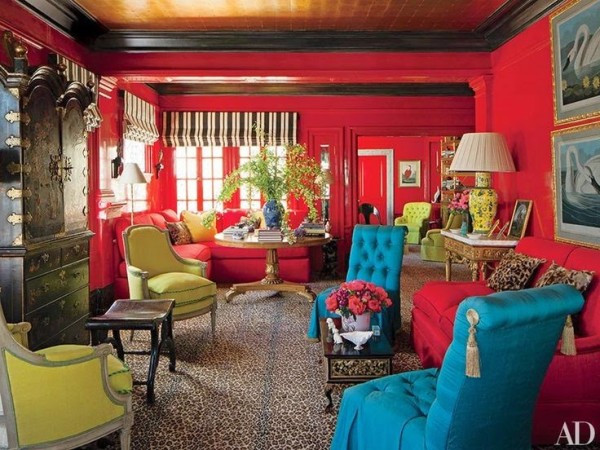 A living room in a residence in San Francisco designed by Thomas Britt. Photography by Roger Davies.