The Galerie des Cerfs (Trophy Gallery) at Château de Fontainebleau was conceived by Henry IV in c1600 as a paean to hunting, consisting of a promenade of semicircular arches forming an arcade. Its plaster walls were painted by Louis Poisson with murals depicting bird’s eye views of royal estates, set into grey wood paneling in the manner of Versailles. Cast-bronze copies of antique marbles in the Vatican made by the sculptor Francesco Primaticcio – brought to Foutainebleau in 1541 – line the gallery. Between every other window, and opposite wall, stag trophies are mounted and set into tromp l’oeil medallions. The dark bronzes against the verdant inkiness of the murals produces a particularly mysterious and operatic scene. 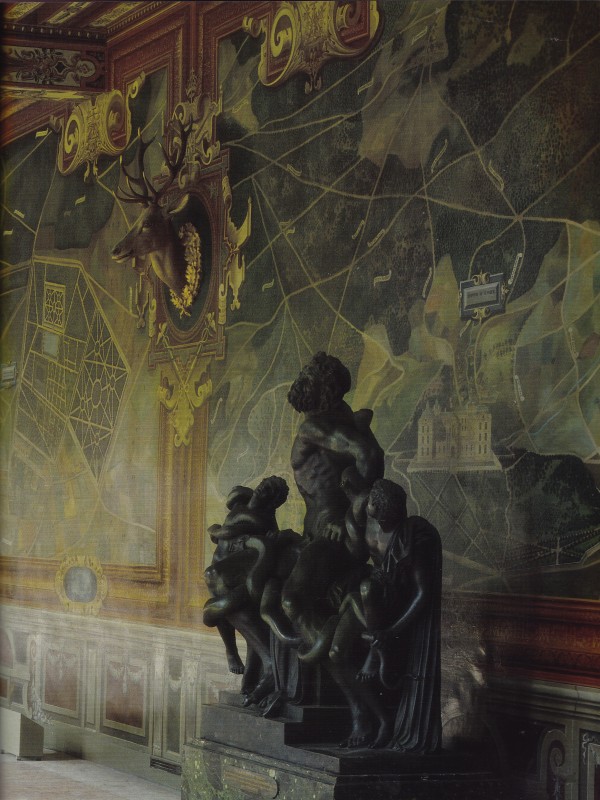 Laocoön and His Sons, a cast-bronze copy by sculptor Francesco Primaticcio of  the marble original by Gruppo del Laocoonte for the Vatican, is set against a mural panel of a country estate and its outlying hunting routes. 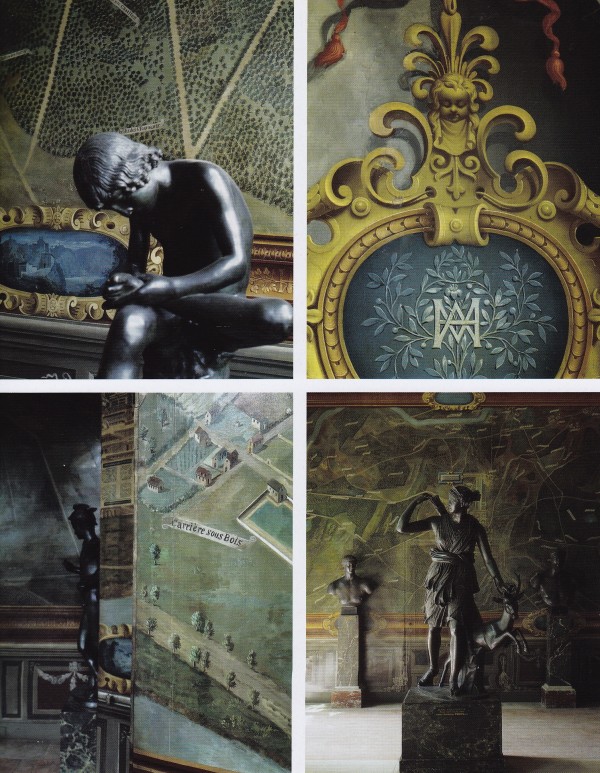 Spinario (Boy With Thorn) was presented to Francois I by Cardinal d’Este in 1540; the initials of Henry the IV and Marie de’ Medici are entwined on a sprig of laurel, the king’s emblem; Diana is flanked by busts of Roman emperors that, prior to Napoléon III’s time, would have adorned garden niches; decoration continues on the concertina’d doors at the end of the room – visible beyond the doors is an anonymous statue of Hermes. 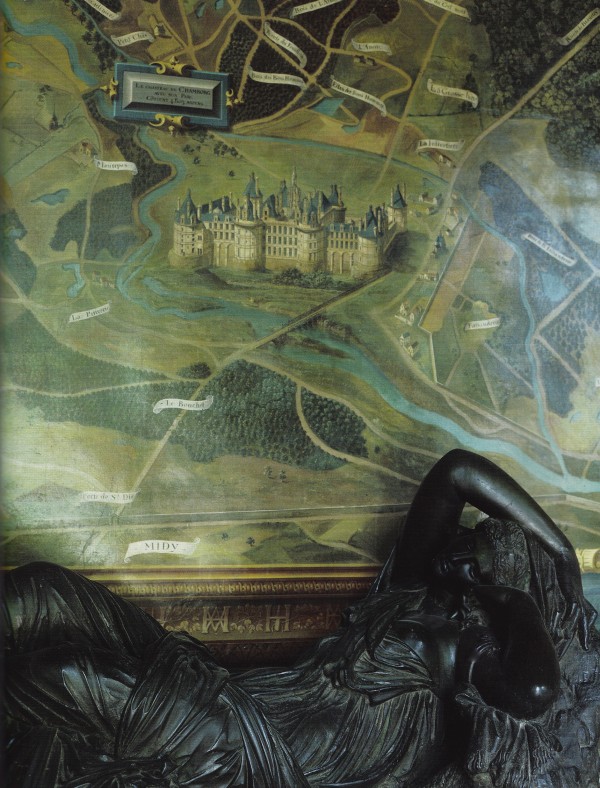 Ariande, often mistaken for Cleopatra, stretches out beneath the Loire château of Chambord. 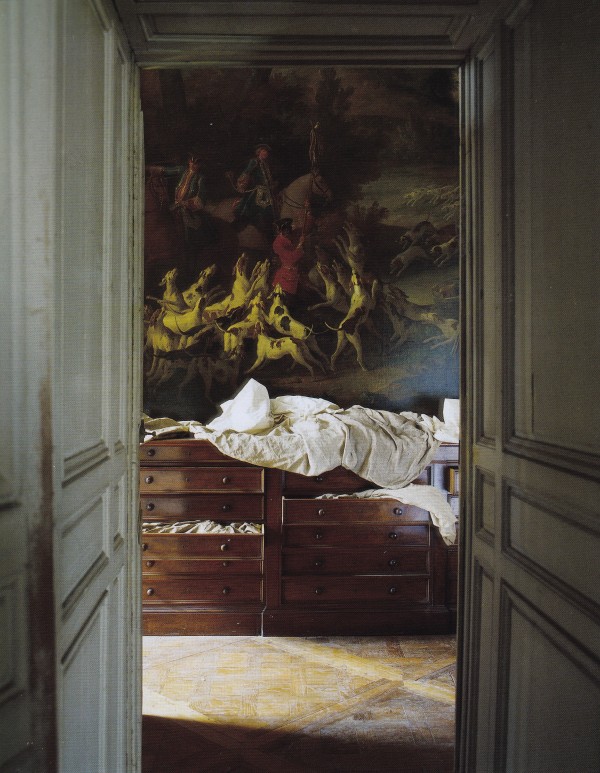 In a passageway of the Appartement des Chasses, seen from the bedroom of Napoléon III’s son, hangs a Jean Baptiste Oudy painting, Exhausted at the End of the Hunt (1745), which celebrates royal power and the savagery of nature. The mahogany chest of drawers is 19th-century. 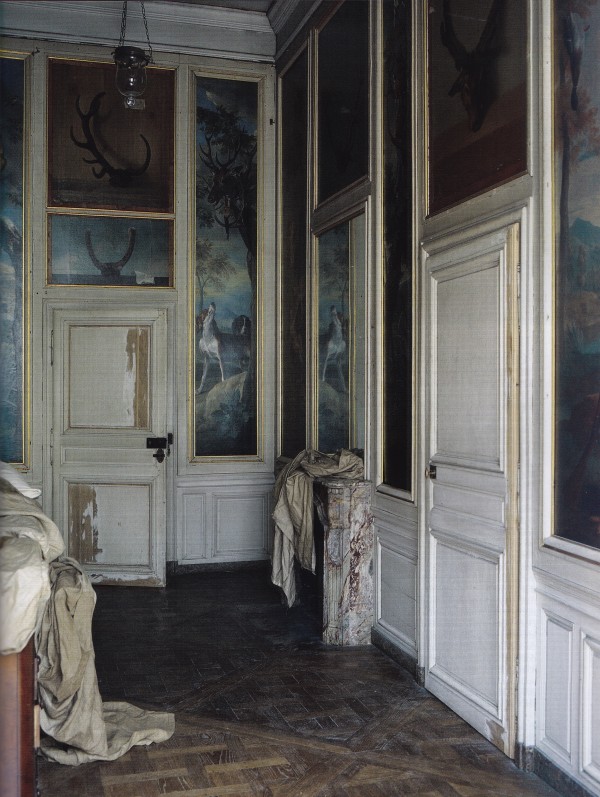 A corridor as it appeared when photographed in 2003, when it was under restoration.

The World of Interiors, February 2010. Photography by Bruno Suet.