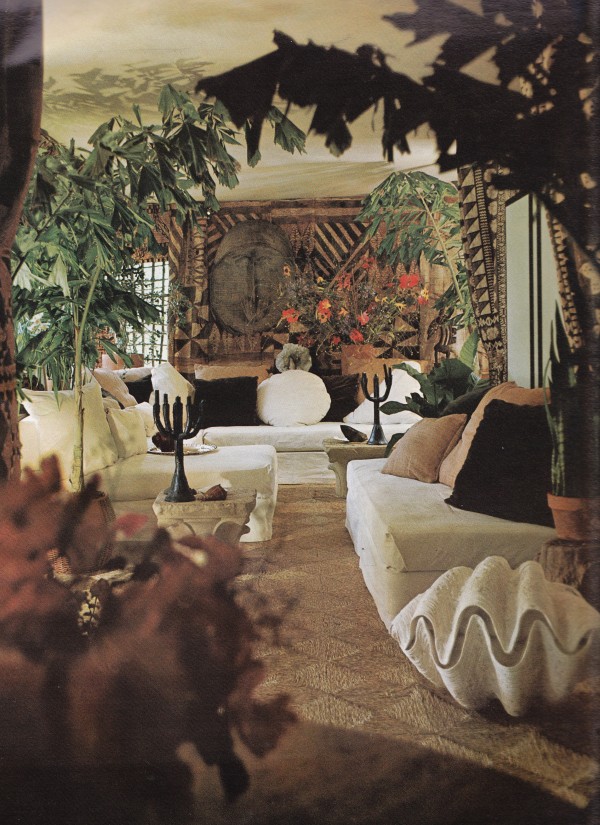 The year is 1973. Imagine receiving your January/February issue of Architectural Digest in the mail and laying your eyes on these rooms for the first time. Had you ever seen anything like it? Chances are you were witness to the inception of the California Look attributed to Michael Taylor. Alongside Taylor was interior designer Mimi London crafting earthy high style interiors inspired by nature and far flung locales, a look for which she became known throughout her career and parlayed into her eponymous showroom to the trade.

The living area of London’s 1930’s Hollywood bungalow is still quite fetching, you have to admit. I think many of us became burned out on the California Look but there is something particularly worldly about this space. It  could be anywhere – Paris, Spain, Australia, Tahiti or a California beach house. Very few would dream of placing mattresses, covered casually and loosely with industrial canvas, as seating in their living areas today. While there is definitely a hippy-chic vibe you will also notice a style informed by classical principles, from the symmetrical arrangement of the furnishings to the background of wall hangings, and trees and plants that fill in for columns.

A foil of white plaster walls and white slip-covered banquettes was layered over with black and the color of bark, defined by walls hung with Fijian and Tahitian tapas of mulberry bark, hung in vertical panels to create architectural interest and to formerly frame the windows which have hand-wrought eucalyptus grilles placed over them. A synthesis of classical and primitive elements and and contrasts in color and texture is woven throughout the room, with black African candelabra atop classical marble capitals, tree trunks standing in for columns, and a large clam shell as sculpture. 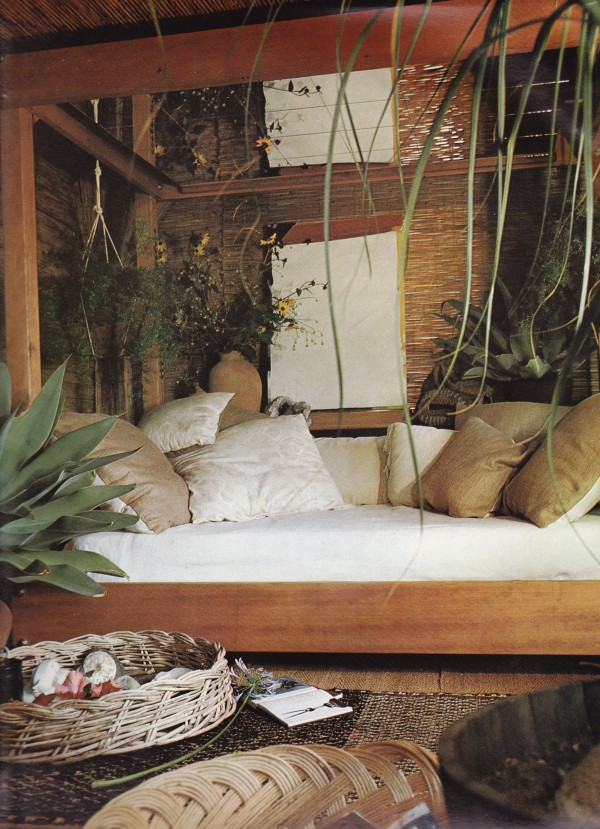 I’ve included photos of the bedroom to quench your curiosity, but they are of less interest to me. The days of straw covered walls and log framed beds I can hope are made for history. But I do relish the idea of creating a “bed nest”, as London referred to her’s. And I imagine I was quite taken by this heavily textured space when it first appeared to me … much later, of course!