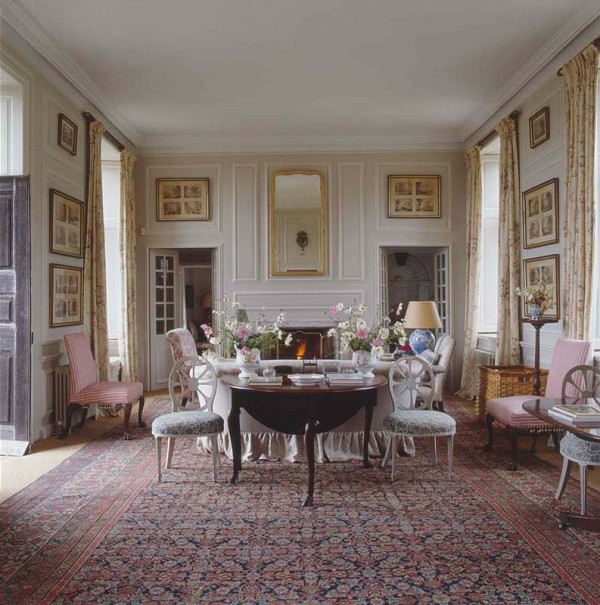 In the last chapter of three posts featuring the houses of Badminton in Gloucestershire, England, we visit Swangrove, the Duke of Beaufort’s hunting lodge on the Badminton estate. Several years ago the Duke commissioned the venerable Robert Kime to revamp and refresh the neglected “hovel”, as the Duke referred to it, into a respite of comfortable elegance.

When the Duke, née David Somerset, called upon Robert Kime he had something “pubbish” in mind, the ubiquitous hunt country-style associated with grand English country estate hunting lodges and the likes of those who, like Ralph Lauren, conjure fantastical imitations of the privileged country set. But Kime would have nothing to do with the Duke’s fantasy, something he considered an anathema and which, in the end, the Duke knew full well.

Swangrove was built by Bath architect William Killigrew around 1703 utilizing local stone incorporating gables, castellations and pepper pots, the result a charming gem of a folly. Like many lodges of the landed gentry it continued the tradition of providing a delightful destination in which to end a day’s outing. 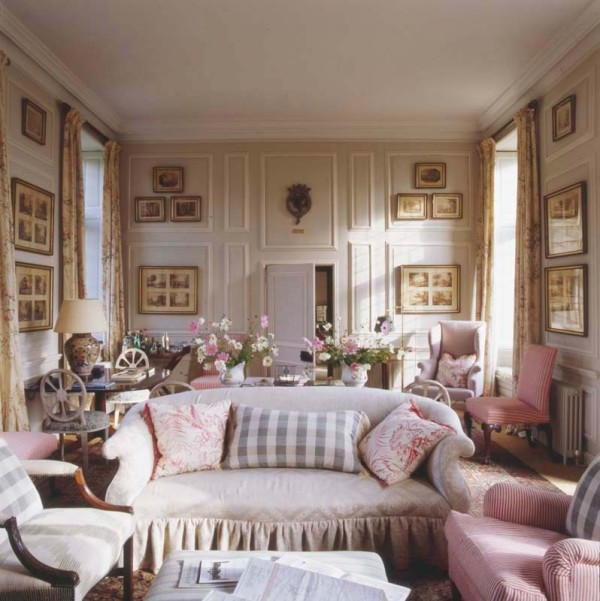 The drawing room exudes a mellow atmosphere and patina. The paneling is painted two shades of grey as a foil for the grouped sepia mezzotints in gilded frames, which are from Claude Lorraine’s Liber Veritatis. The windows are hung with Robert Kime’s muted “French Linen” print. Most of the furniture came from Badminton House, including the set of 18th-century wheelback chairs upholstered in Kime’s copy of an old chintz found at the house called “Mayflower”, reproduced here in linen. All of the other fabrics – tickings, Provençal ikats, druggets, and linen damasks – came from Kime’s antique stock. 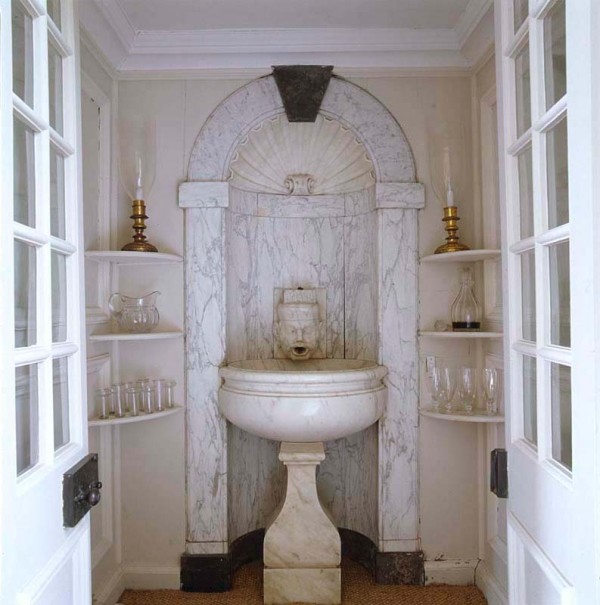 A basin set into a marble niche off the drawing room designed by John Harvey is fed by a system of ropes and pulleys, originally intended for washing hands after dining – and currently one place, it seems, one can grab a glass of sherry! 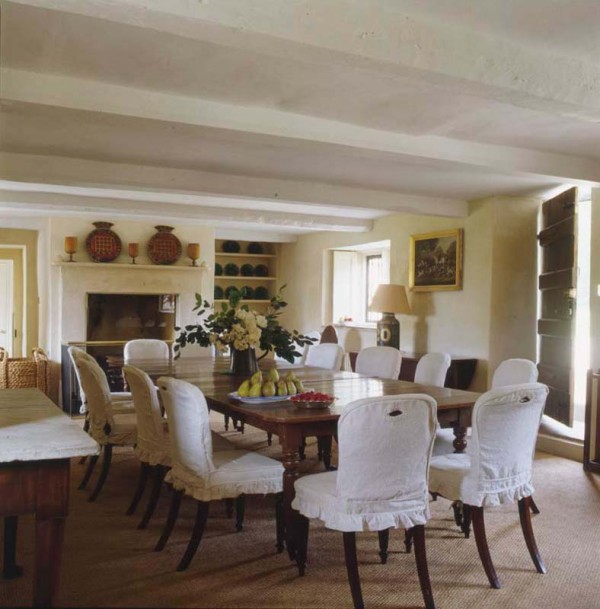 The dining room is dominated by a huge table and a set of fourteen chairs – some original, some made to match in the Kime workshops – covered in washed white antique linen. The beamed ceiling and plain fireplace are reminders that this room was once part of an estate of worker’s quarters. 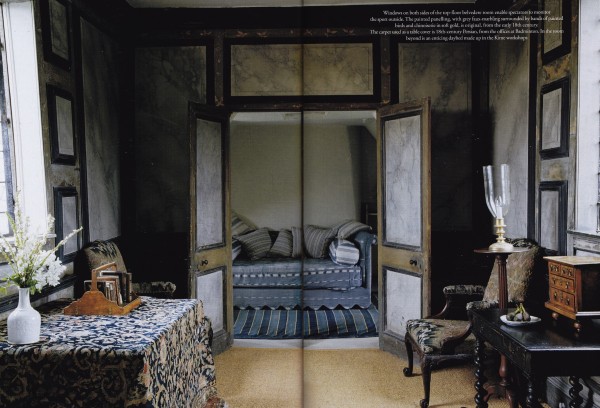 Windows on both sides of the inky blue top-floor belvedere enables spectators to monitor the sport in progress. The painted paneling, with grey faux marbling surrounded by bands of painted birds and chinoiserie in soft gold, dates from the 18th-century. Covering the table is a Persian carpet from the 18th-century, from the offices at Badminton.

Kime configured the daybed in his workshops and covered it in tickings and ikats from his antique stock.

In a bedroom the four-poster bed is hung with red-and-white Vichy checks and lined in white damask. The chairs are covered in antique French tea towels.

Though Swangrove is only seldom inhabited as a place of repose and to entertain it would suit me just fine as a permanent place of residence – wouldn’t you agree?

Material for this post from the March, 2003, issue of The World of Interiors, with photography by Fritz von der Schulenburg.