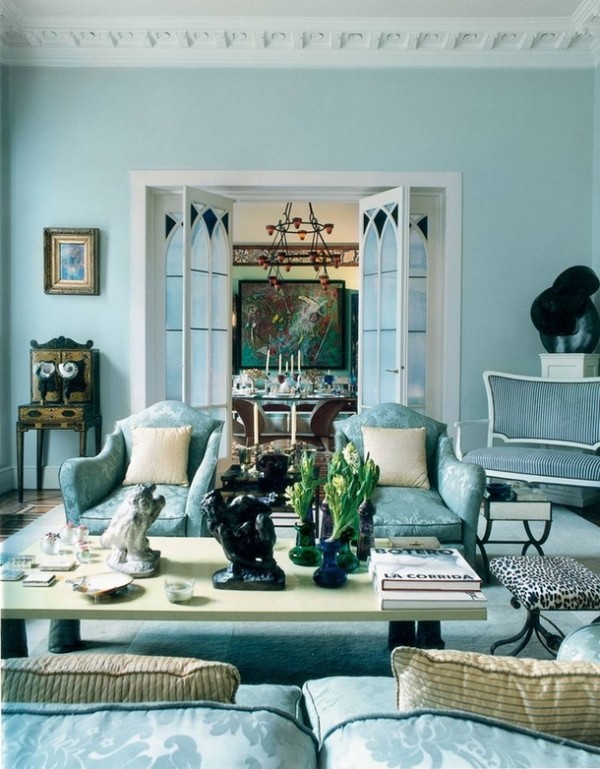 When Florence Grinda, Director of Development of European Affairs at Sotheby’s, went looking for a  new Paris pied-a-terre she called upon her longtime friend Pierre Passebon, the famous antiquaire and art collector, who has collaborated on several of his own residences with interior designer Jacques Grange. Passebon found the apartment close to the Esplanade des Invilides in the 7th arrondissement, telling Grinda “It’s the smallest and ugliest apartment, so it is naturally cheap, but not to worry, because together we will turn into a confection”. And that they did. Nearly daily the duo discussed the redesign, analyzing sketches and visiting galleries and flea markets, picking up furniture and decorative items as they went along. Grinda’s vision was to recreate the 18th-century in terms of scale, color and atmosphere, combined with the spirit of a collector. The results are coolly elegant and highly personal rooms washed in shades of blue, aqua, celadon, turquoise and sepia. Eclectic collections and objets de curiosité fill the apartment and lend the spaces a sense of creative mystery. One part grand dame, the other grande bohème, Grinda and Passebon have created a confection that will surely arouse the senses of the fashionable set for decades to come. 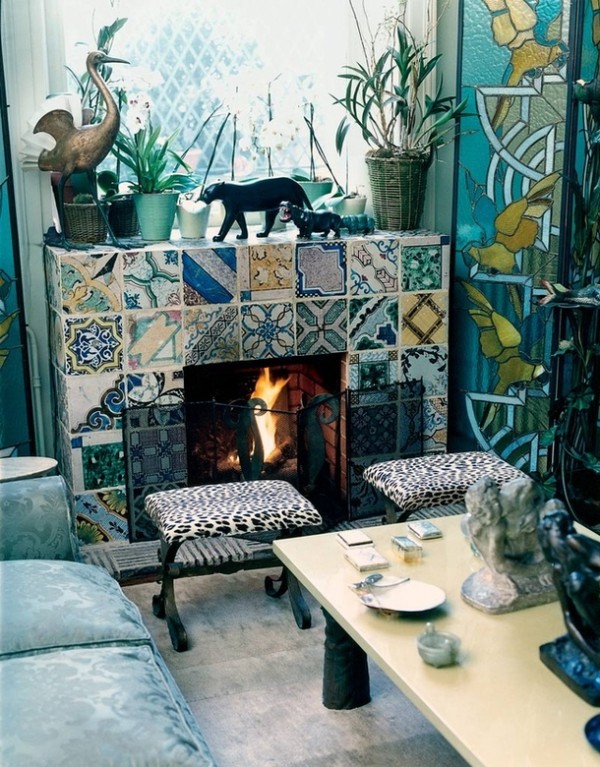 The mantel was created from tiles Florence collected in Madeira. The stained glass screen was made by Géraldine Ensminger. 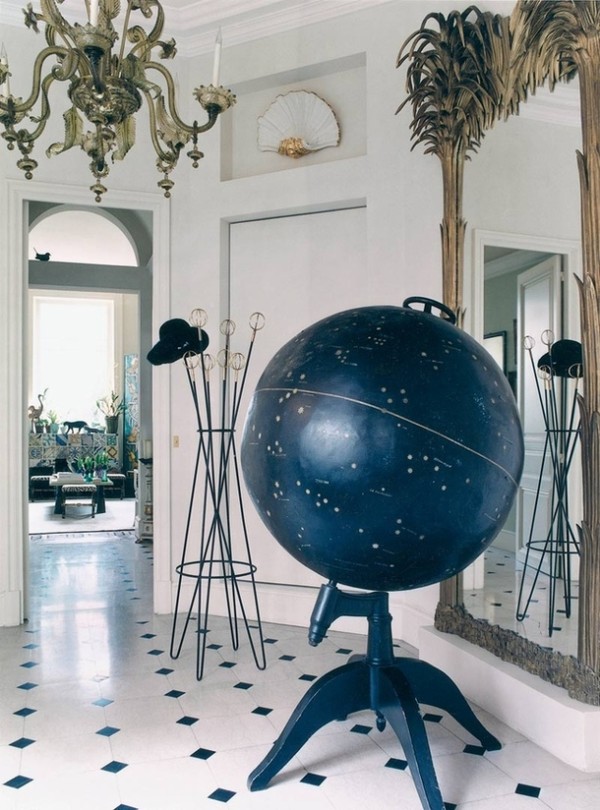 In the entrance hall Entrance Hall is an exuberant bronze mirror topped with palm fronds. The celestial globe is 18th-century.

A portrait of Florence by Andy Warhol hangs between the apartment’s original bookcases. 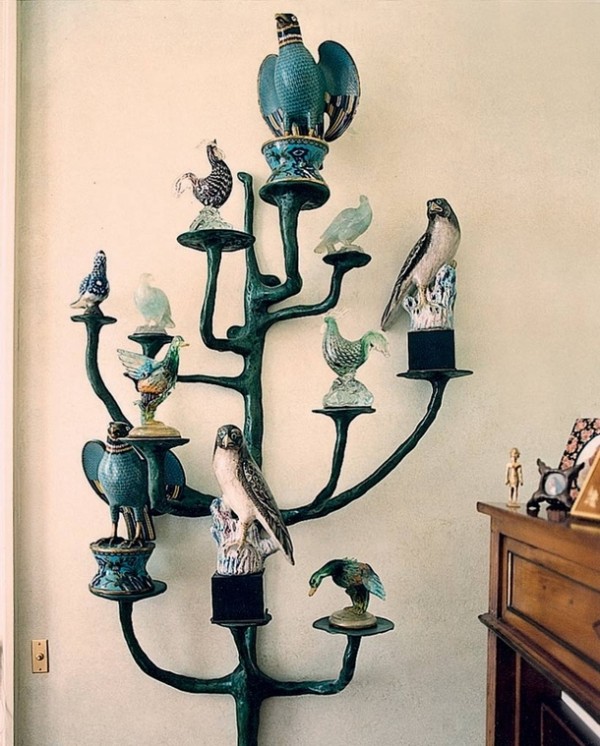 A bronze tree based on a drawing by Géraldine Ensminger serves as a stand for the bird collection of glass and porcelain. 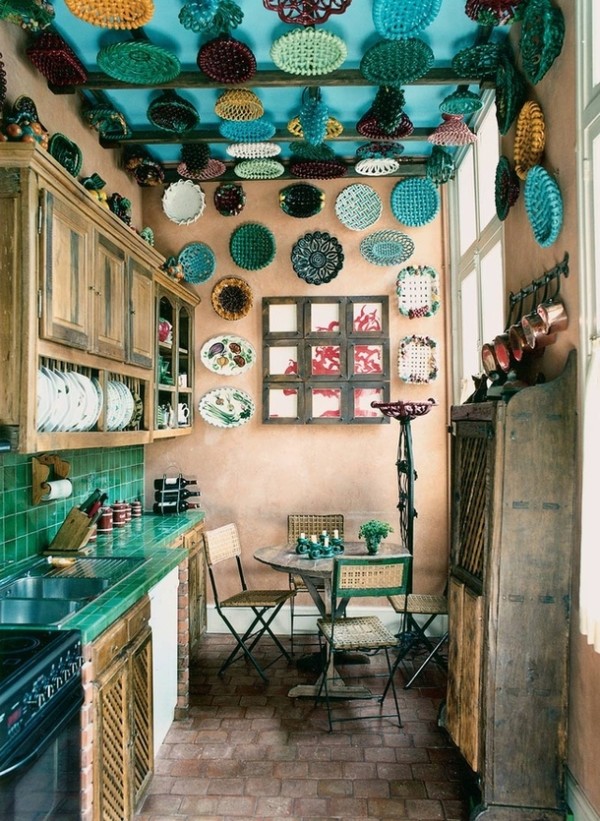 The kitchen was converted from a bedroom. When her collection of ceramic plates outgrew wall space Florence had them hung on the ceiling.

Dining one evening at the house of the sculptor Claude Lalanne Florence discovered a child’s bed adorned with water lillies. She wanted her own, to her taste, for her new apartment. This particular bed is the the only version that Lalanne has created. During the remodeling of the apartment parquet de menuiserie from the 1760’s was discovered beneath old wall-to-wall carpet.

The guest bath, formerly a bedroom, is filled with treasures collected from nearby flea markets.

From the October, 2008, issue of Russian AD. Photography by Pedro D’Orey.