The Allure of Orange

Orange as a color for decorating, or sartorial considerations for that matter, doesn’t often enter my design vocabulary for whatever reason. However, autumn is my favorite of the seasons and I practically become giddy with excitement at the first sign of autumn’s golden yellows, glowing oranges, and fiery reds. The color orange radiates warmth  and happiness – a color we often associate with hearth and home. Scientific studies have shown orange to boost our emotional states during difficult times, and helps us bounce back after setbacks and disappointments, even assisting in recovery from grief. The color psychology of orange is optimistic, uplifting and rejuvenating in spirit. It is extroverted and uninhibited, and could lead one to flights of exhibitionism. And, much like red – one of its components – it stimulates conversation and appetite. Ultimately, orange symbolizes for me the essence of the autumn season. I think I will begin to look more favorably upon this oft forgotten hue having culled some of the best examples of rooms in shades of orange by interior decorators, designers and architects the world over. Bring the exuberant warmth of the color orange into your life today. Happy autumn! 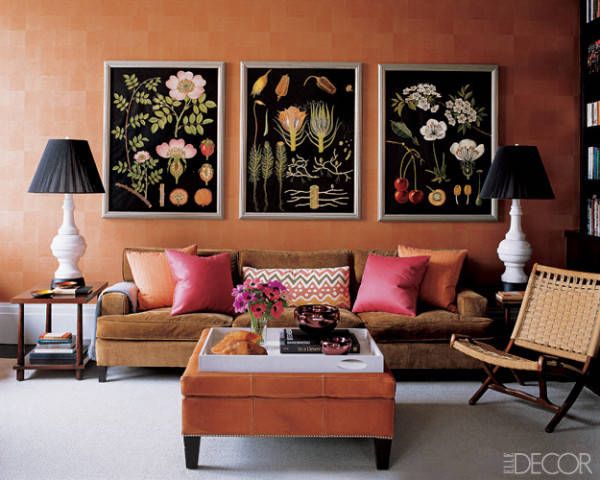 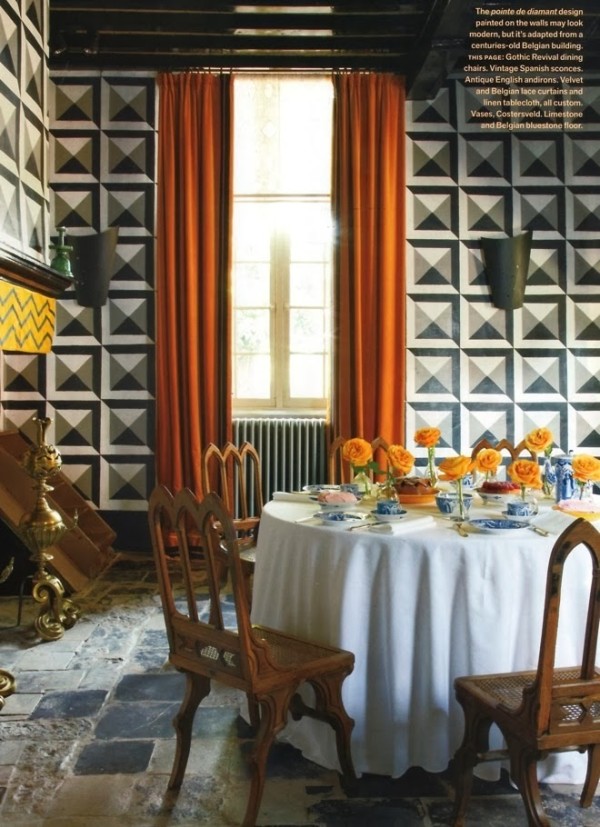 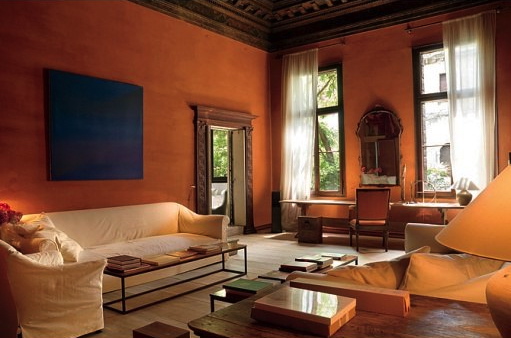 The salon in May and Axel Vervoordt’s palazzo apartment in Venice. Architectural Digest; photo by Mario Ciampi. 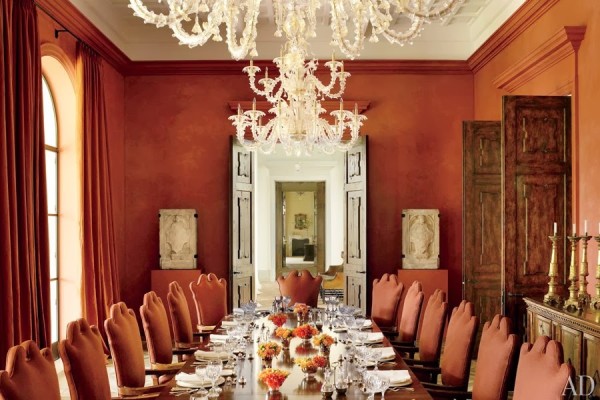 The dining room in a Tuscan-style residence in Las Vegas designed by Atelier AM. Architectural Digest; photo by Pieter Estersohn. 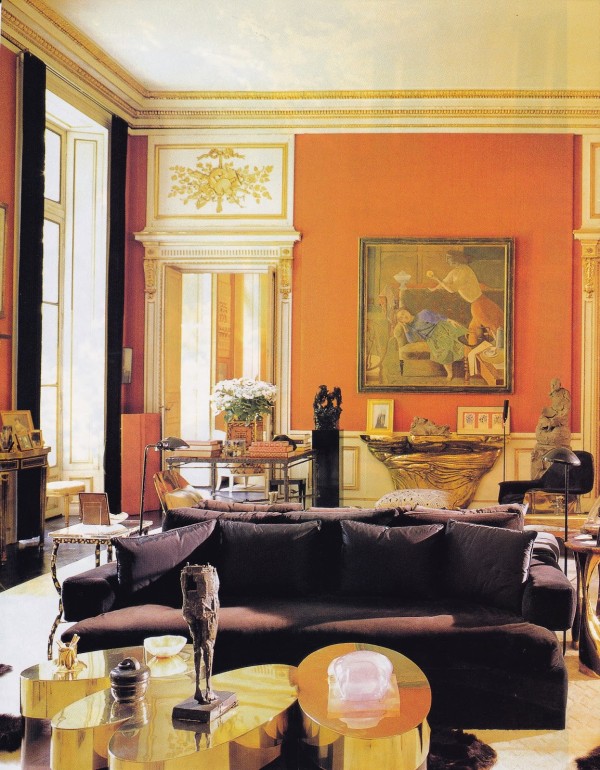 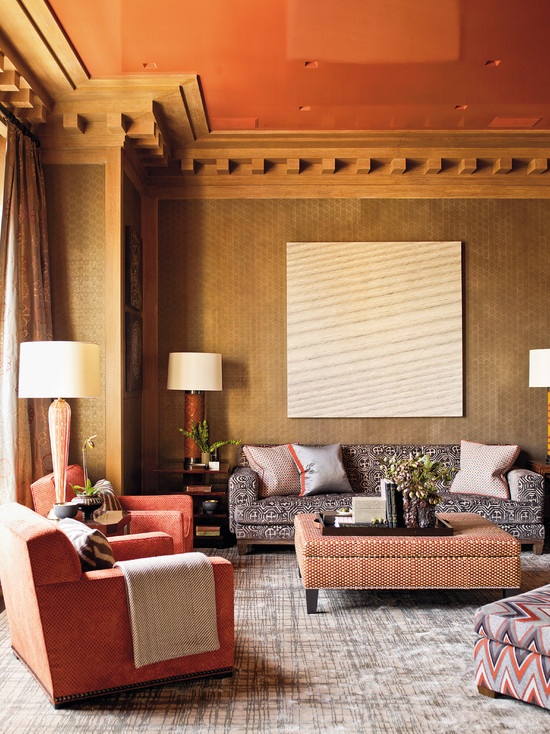 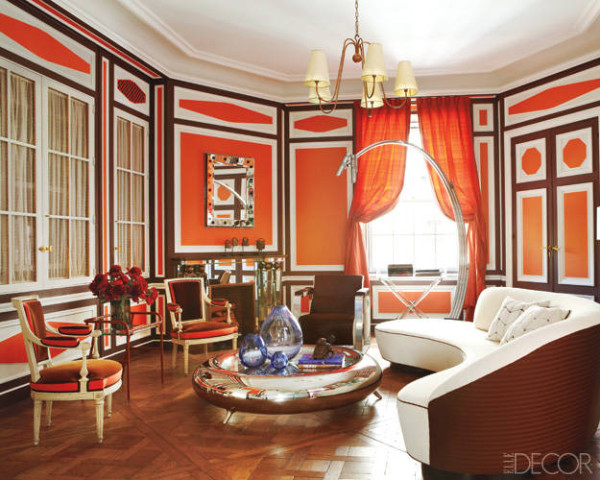 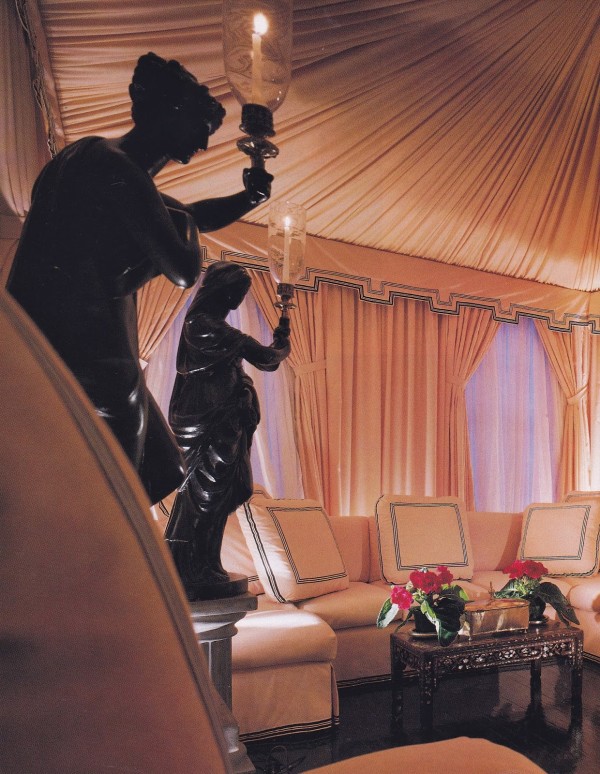 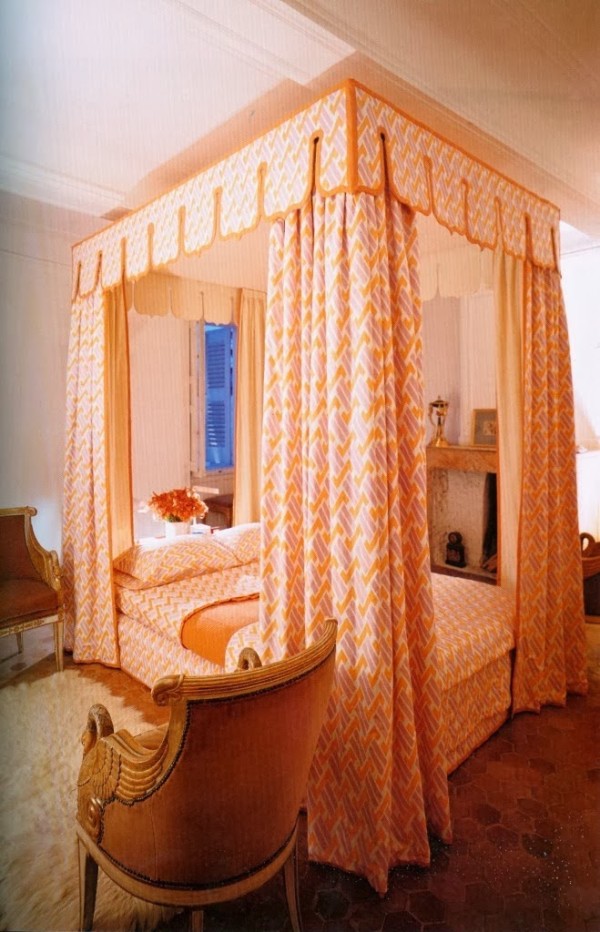 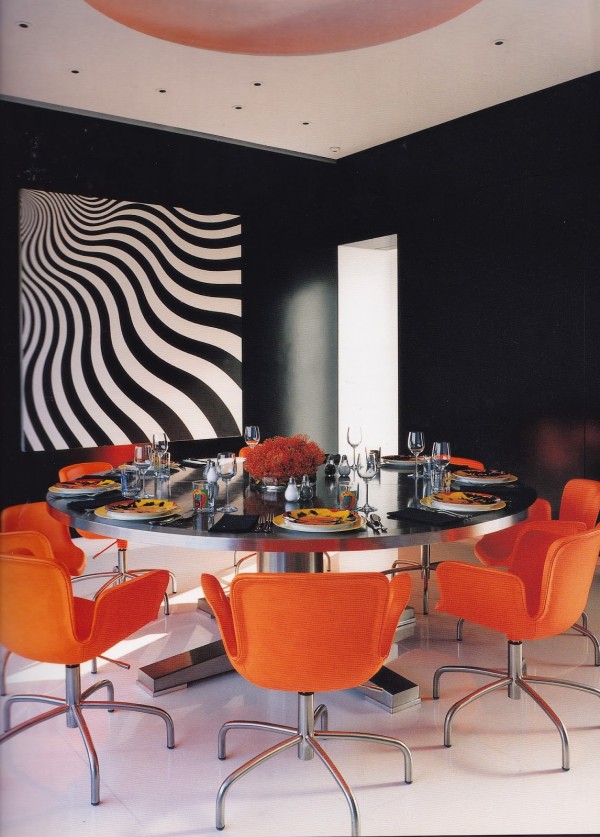 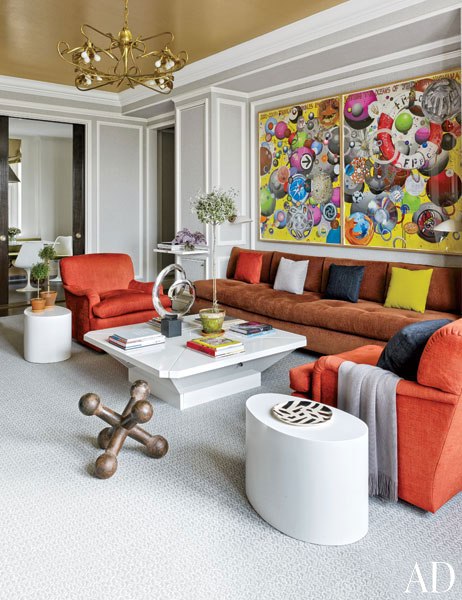 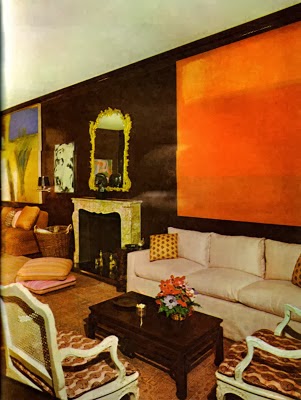 An orange abstract painting sets the tone in a monochromatic living room decorated by Billy Baldwin. From Billy Baldwin Decorates. 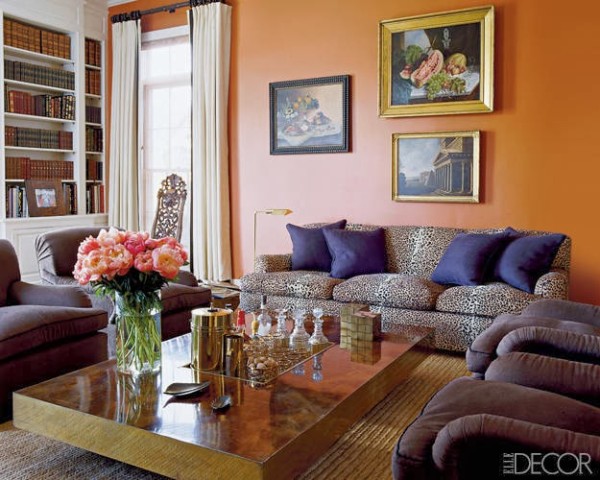 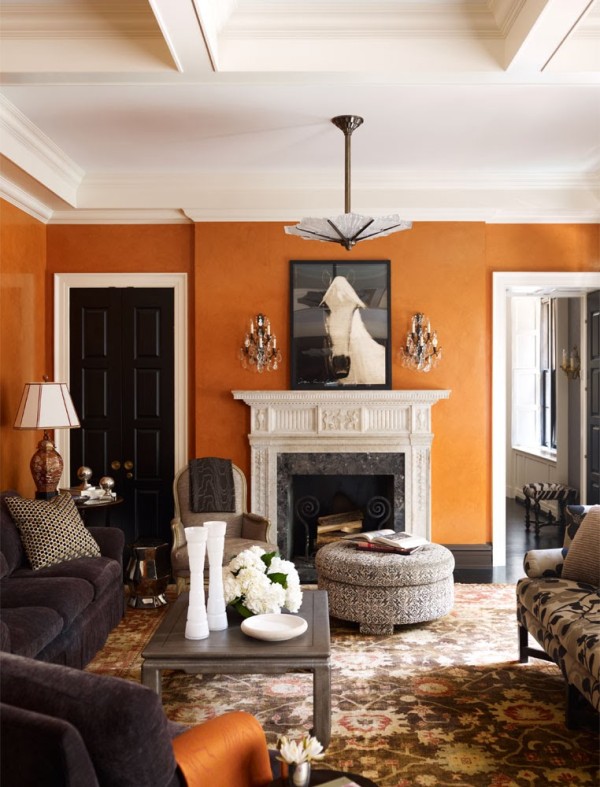 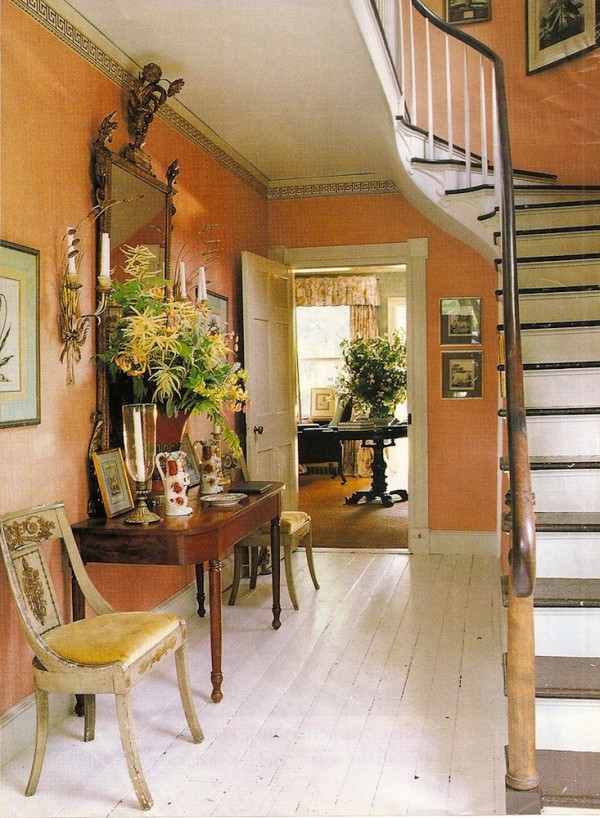 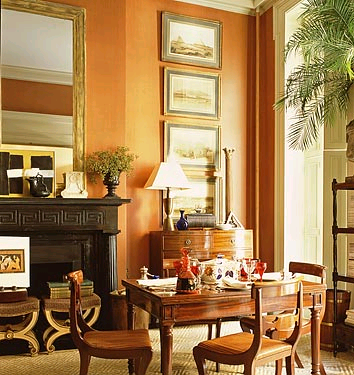 A corner of the living room set for dining in architect Gil Schafer’s New York townhouse decorated by Miles Redd. From The Great American House by Gil Schafer. Photo by Rene and Barbara Stoeltie. 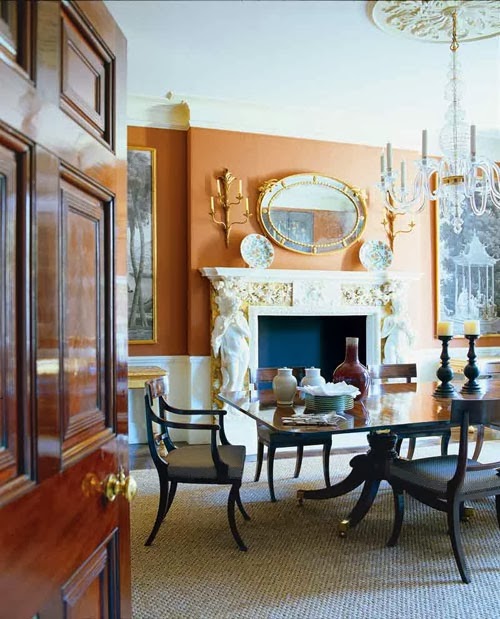 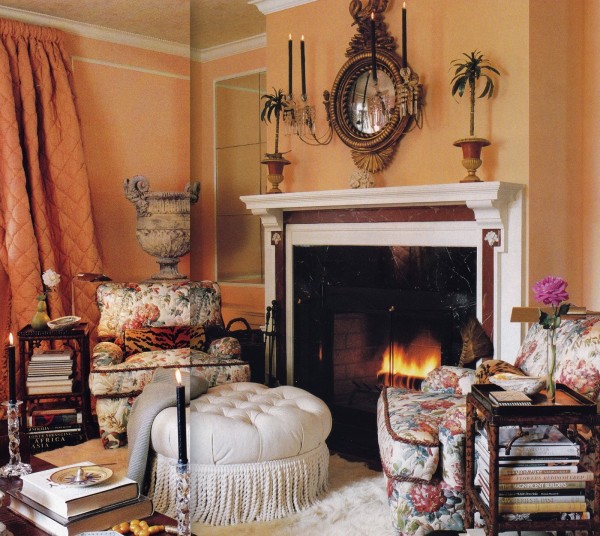 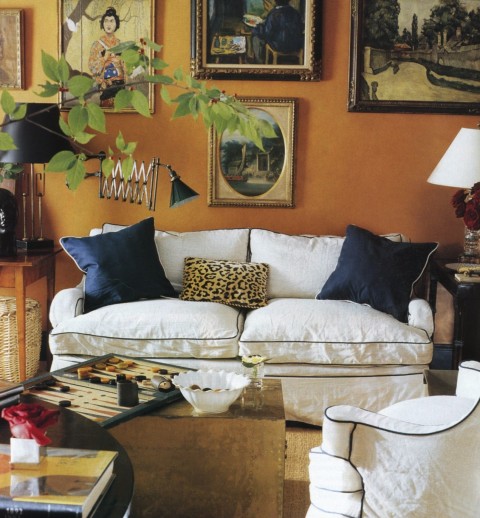 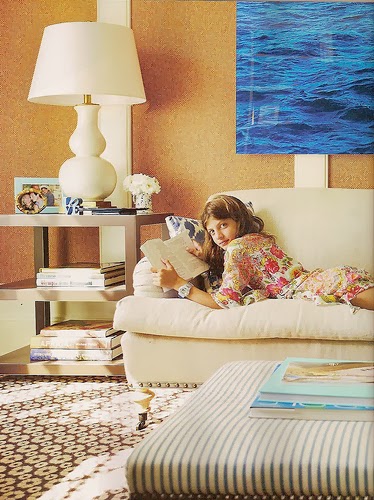 2 Responses to The Allure of Orange