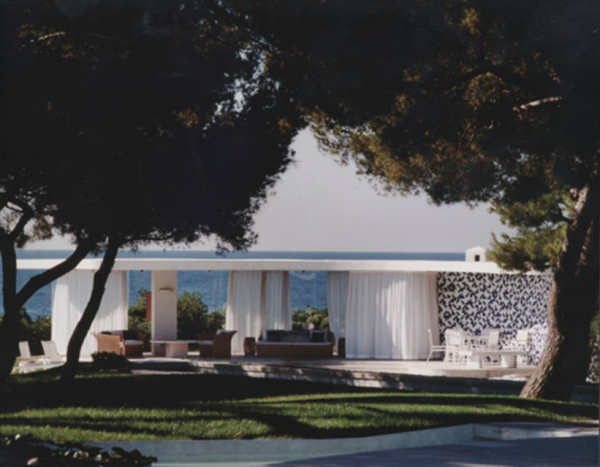 The pool house at Villa Nara Mondadori designed by Oscar Niemeyer in 1968 on Saint-Jean-Cap-Ferrat.

Villa Nara Mondadori was designed and constructed by architect Oscar Niemeyer on Saint-Jean-Cap-Ferrat in 1968, a Modernist anomaly amidst Belle Époque mansions peppered up and down the Côte d’Azur. But it no less signifies a taste for luxury by the monied set than does its extroverted, elaborate and highly stylized neighboring pink and ocher manses. 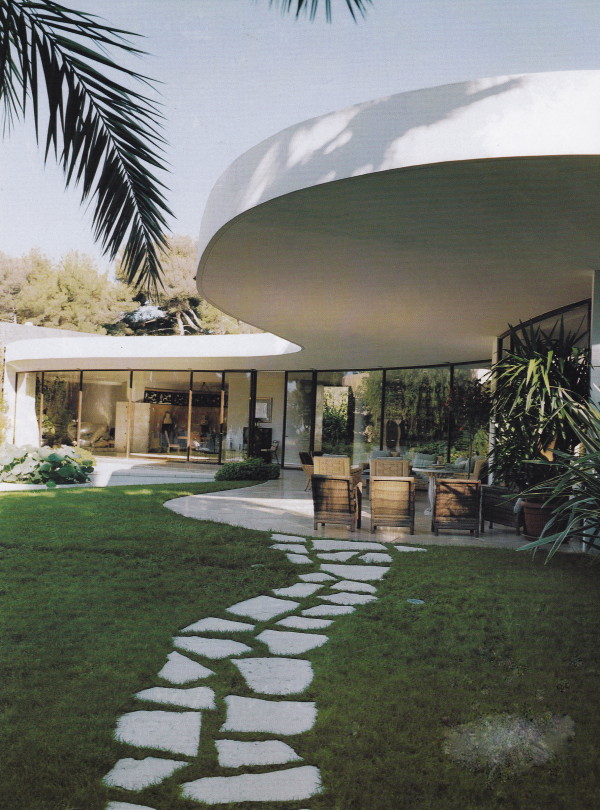 This is not your aggressive or rigid Modernist villa of right angles, soaring vertical volumes and steely surfaces. Niemeyer’s brand of modern was organic. Here undulating walls of expansive glass and an amorphous, amoebic-like roofline curves in and out of a tropical setting more reminiscent of the architect’s home country, Brazil, than the Côte d’Azur. The property sat unoccupied for about a decade before an anonymous couple purchased it in the 1990’s for its unusual and special atmosphere and wide open, flowing spaces. To restore and modify its interiors they brought in architect and interior designer Peter Marino to infuse the villa with his own brand of understated luxe. “It’s the perfect end-of-the-nineteen-nineties statement – it’s all that’s been modern in the twentieth-century, starting with the Wiener Werkstätte, with Eileen Gray, Charlotte Perriand, Eugène Printz. We collected everything for the house … we got twenties, we got thirties, we got forties.  Giacometti from the fifties – all the Moderns” said Marino.

Henry Moore’s Reclining Woman: Elbow, 1981, is set into the curved edge of the dining room. 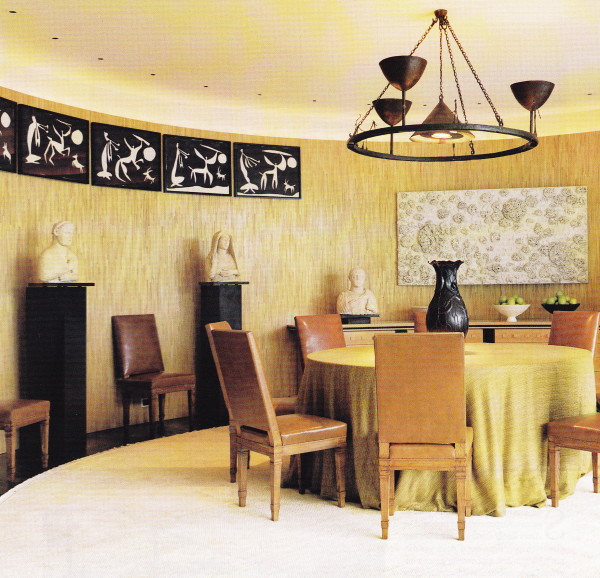 The dining room was originally sunken, conversation pit style. The walls are covered in strips of straw inspired by Jean-Michel Frank. Ancient limestone busts from Palmyra on bronze plinths survey the room beneath Picasso works on paper. Yves Klein’s Sponge Relief, 1957, hangs above a Marino-designed console. The bronze chandelier is Giacometti.

Marino opened the flow from one room to the next by eliminating some walls, playing up Niemeyer’s arcs and curves. A table by Eyre de Lanux is centered in a conversation area with cane chairs by Jean-Michel Frank. 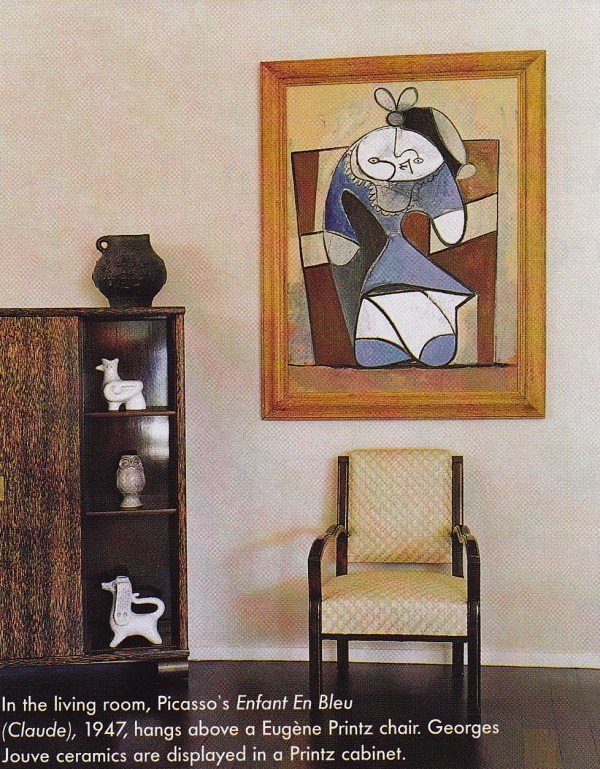 Two works by Lucio Fontana hang over a pair of white upholstered club chairs in the library. The slipper chairs are by Paul Dupré-Lafon. The Macassar ebony and parchment side tables are by Clement Rousseau. 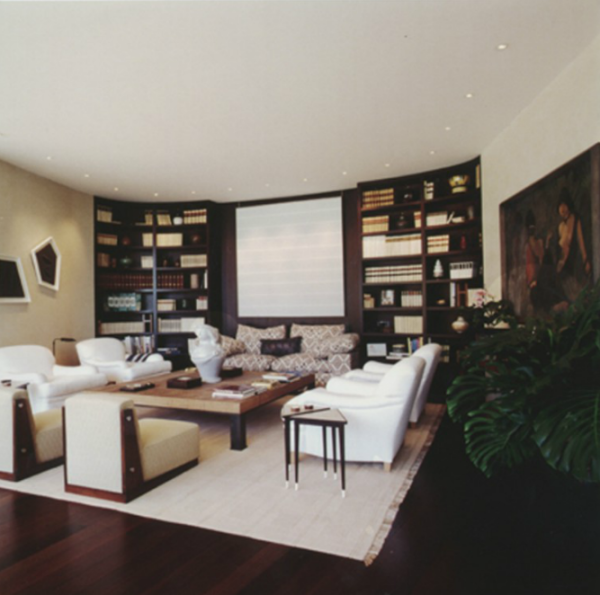 A painting by Lucio Fontana hangs above a Jean Dunand cabinet in the entry. 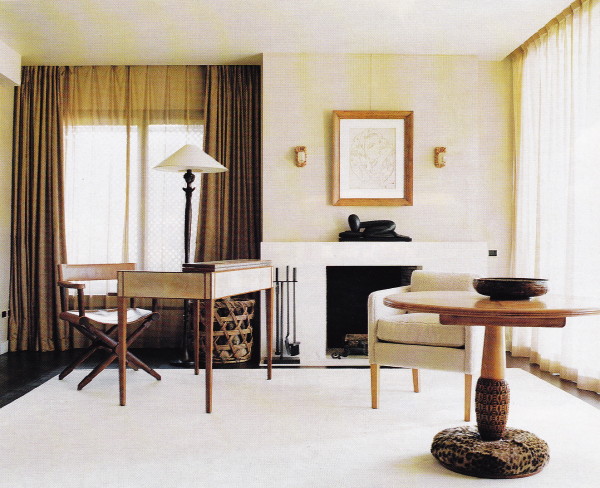 The desk in the master bedroom is by Jean-Michel-Frank; the table and sconces are by Armand Albert Rateau. 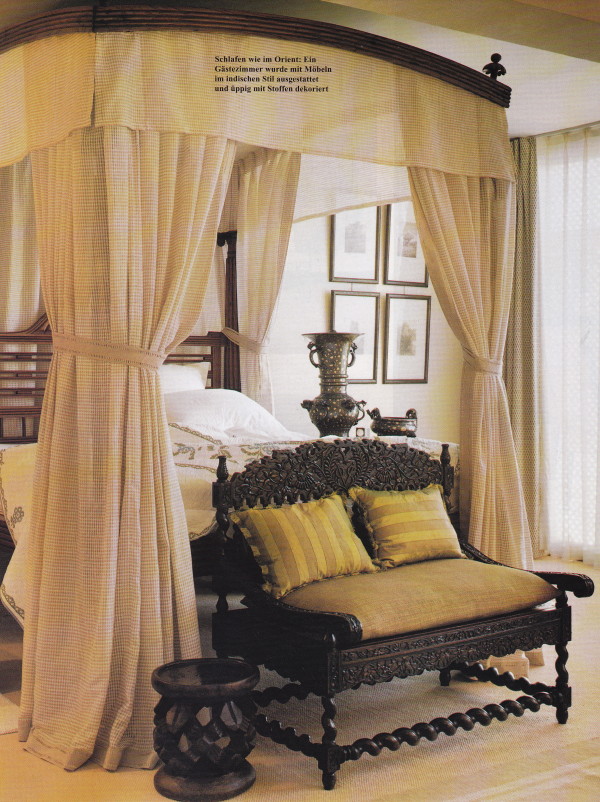 A guest bedroom is decorated with Anglo-Indian furniture.

The bamboo outdoor dining terrace is decorated with rattan furniture. 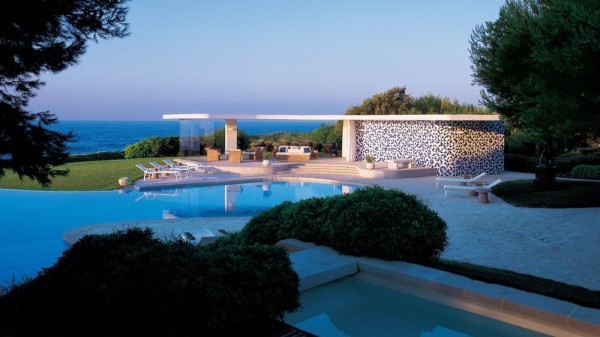 The pool house walls are covered with blue-and-white local tiles. 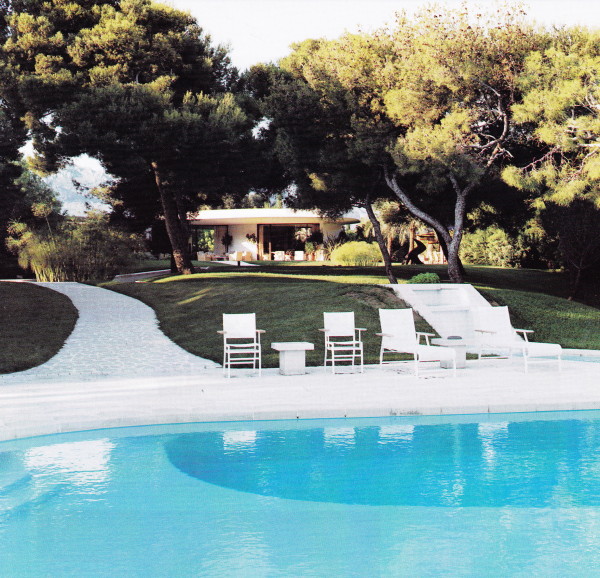 The main house can be viewed beyond the amoeba-shaped swimming pool.

This concludes Riviera Style, at least for this season. With an eye toward autumn I look forward not only to cooler temperatures but to the inviting atmosphere of the coming nesting months. See you fireside – hopefully soon!

Photography by François Halard. Post based on an article written by Hamish Bowles for Vanity Fair and German AD